The Kids are Alt-Right As a dog returns to its vomit, so fools repeat their folly.
Proverbs 26:11


Another day.  Another stupid action by President Trump.  😑😑😑


Anyone who knows me or has read this blog, knows that I am no fan of the current President.  Also, if they have paid any attention at all, they know that the current state of Christianity in America drives me crazy.

There has been sooooooo much over the past months that have given me food for thought.  Too much, to be honest.  I thought that now is a good time to just vent for a while.  Just so you know, this one will be all over the map...

I woke up this morning and began to read various blog posts on my feed.  This one caught my attention.
http://www.patheos.com/blogs/newwineskins/pharaohs-dream-and-my-prophecy-concerning-american-christianity-seven-years-from-now/

I've been worrying about something like this for years now.  I think this "Prophecy" is spot on.


10 years ago this book came out.  https://resources.barna.org/products/unchristian-paperback 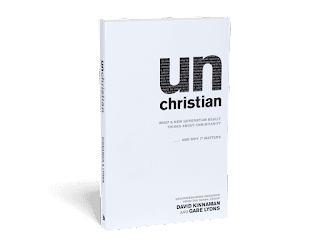 I think that it is one of the most important books in ages if you want to know how and why the American church is failing Christ and the Gospel.  Of the research sectioned off in the book, one is on the perception that the church is "Too Political."  Wow, knock me over with a feather.

Obviously, the church didn't pay much attention to that.  Look where we are now.

President Voldemort is a man who's entire life is the polar opposite of everything Jesus ever taught, said or did.  Yet, his most ardent supporters are "Evangelical" Christians...and White Nationalists.  Just let that roll around in your head for a while.


Please understand, I sympathize with the goals of religious conservatives.  By in large, I agree with their positions on issues.  However, their methodology is highly questionable at best, and downright divisive and counterproductive. (But this is what happens when you make the mistake of thinking that this nation or any other is a "Christian Country.")  Billy Graham warned about the church making an unholy alliance with the Right back in 1980.

“I don't want to see religious bigotry in any form. It would disturb me if there was a wedding between the religious fundamentalists and the political right. The hard right has no interest in religion except to manipulate it.”

We didn't listen.  Even his own children didn't listen.  My folks get Decision magazine, Billy's organizations tabloid.  It's all run by Franklin Graham now.  Most of the issues either praise Putin and Trump, quack-tastic right wing theologians and pundits, or talk about how the church is being persecuted here at home.  It's rubbish.

The church loves to sell it's soul for raw political power.  It trusts more in flawed politicians than it does Jesus.  Now, it's hitched it's fortunes to a man so divisive that there will be an eventual day of payback.  When that day comes, we will only have ourselves to blame.


Yesterday the President, against the wishes of the entire world community, proclaimed Jerusalem as Israel's capital.

For all practical purposes, Jerusalem IS the capital of Israel.  The seat of government is there, along with the President and Prime Minister's residence.  However, since 1948, the international community has only recognized Tel Aviv as the capital, and kept it's embassies there.  The reason for this is the idea that there might be an eventual peace deal between Israel and the Arab world...Palestinians in particular.  Think of it as a cherry to be put on the sundae when it's finished.  Well, now that cherry is gone.

I lived in Israel for a year and a half.  I was going to school in Jerusalem.  I love Israel.  I love the people.  I love Jerusalem. (In fact, I still have dreams from time to time about walking around the city.) I also consider myself a "Zionist."

ZIONISM = The idea that there should be a democratic homeland for Jewish people in the traditional biblical area from antiquity.

The problem is that when half of the population under your control is not Jewish, and has no political rights, you are no longer Jewish or democratic.

The only way for the Zionist dream to stay alive is to allow the Palestinian people to have a homeland of their own along side of Israel.  They need a divorce.  It is the only way for Israel to finally achieve security.  Unfortunately, the right wing government in Israel goes out of it's way to build settlements in the Palestinian territories, and particularly around Jerusalem.  They strangle the city with homes making it impossible for the Arabs to ever get a tiny slice of the city for a dual future capital of their own.  And it doesn't help that the government of Israel has been stalling for years with the peace talks.

The Palestinians are the most secular and "Western" of any Arab people I've seen.  In the long run, they are not a threat to Israel.  None of the Arab nations are.  The Arab countries, Jordan being the exception, are simply to weak, corrupt, and militarily incompetent to take down Israel.  The Israeli army is simply that good. (Jordan is the exception, but they have never wanted war with Israel.  They just want to get on with their lives.)

My fear is the Palestinians in particular will see that their fledgling democratic system is failing them at achieving independence, and will then reject secularism and start moving towards militant Islam.  It would be suicide on their part, but they could cause a blood bath in the process.  Even a mouse will attack you if you corner it.  If it has nothing to lose, why not?

The President could have used the issue of the capital as a bargaining chip in the peace talks.  Instead, he foolishly gave it away.  The ramifications have just begun.  It puts people at risk.  That includes Americans!  But that man is far to stupid to understand that choices have consequences. 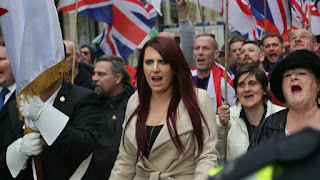 A few days ago, the President retweeted some videos posted by Jayda Franzen of Britain First.  Britain First is a far right hate group in the U.K.  She likes to attack Muslims and has been arrested and convicted more than once.

She tweeted three fake videos supposedly of Muslims attacking British people.  The problem is that none of it was real.  Reality and facts not being an issue for the current occupant of the White House, Trump retweeted them.  When asked about them, his press secretary simply dodged the issue and said that the President was simply acknowledging that the threat of Islamic violence is real.

White Nationalism.  Christian Identity.  White Supremacy.  Fear of the other.  Fear of change.  White folks no longer to be the majority in the U.S.

So what if folks who look like me are no longer the majority?  Doesn't bother me.  I like variety.


What about our culture and Western values?

What about it?  What's more American than being an immigrant?  Western values?  I think they must like Western values or they wouldn't be coming here.  If they liked the values of the country they are fleeing from, they would have stayed there!


The bible has no concept of "Race."  That idea sprang up in the early 1800s as a way for white Europeans to justify colonization in Africa and Asia.  Clearly, their race was superior to Africans.  Otherwise how did they conquer them so easily? (Guns, germs and steal, anyone?)

Not to be outdone, the Empire of Japan bought into it when they conquered Korea and parts of China.  They were the Master Race of Asia.


Like I said, the bible has no concept of "Race."  It's a phony, man-made construct.  The bible does , however, have the concept of "Ethnicity."  But that one is rather interesting and fluid.  In the short story of Ruth, the great, great grandmother of King David, she makes an interesting declaration to her mother in law as she prepared to leave Moab.  "But Ruth replied, “Don’t urge me to leave you or to turn back from you. Where you go I will go, and where you stay I will stay. Your people will be my people and your God my God." (Ruth 1:16) And with that declaration, Ruth changed her ethnic group.  She became a Jew.


I'm a middle age white guy.  I can assure you that there is nothing superior about me or anyone else who looks like me.

On a more humorous note about "Civilization," you ever heard of "The Proud Boys?" 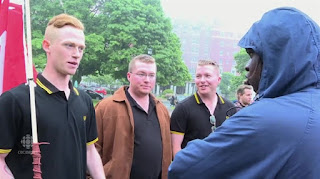 They came out of Canada.  I first heard of them last summer.  They are the clean cut, Preppies of the alt-right movement.  Proud defenders of Western civilization!  "The West is the Best" is their motto.

While they don't like immigration, they are not properly racist...just xenophobic.  You can be a non-white person and join their cause, just so long as you say that Western Civ. is the best...and that you get into fights with anti-fascists.

Perhaps the most humorous aspect to the Proud Boys is their determination to protect their masculinity by only "Spanking the Monkey" once a month.  I kid you not.


Now THAT'S dedication to the cause!!!

All of this because of some serious self-esteem issues.

I have no idea what that term means anymore.  Neither does the media.  The media keeps referring to the Trump administration and FOX news as "Conservative."  It drives me crazy.  It's far-right and alt-right, but it's not "Conservative" in any classic sense of the term.

When classic conservatives such as David Frum, Charles Krauthammer, David Brooks, George F. Will and Linda Chavez, folks who's credentials all go back to the Reagan era, are adamantly opposed to Trump and his ilk, Trump should never, ever be referred to as a "Conservative."  These folks despise him the most.


Call him and his followers what they really are, "Alt-Right."

And the church sucks up to them because it's too afraid
to follow and trust Jesus for their protection.

And there WILL be a day of reckoning.