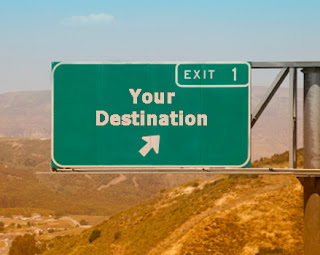 And we know that in all things God works for the good of those who love him.
Romans 8:28

Cast all your anxiety on him because he cares for you.
1 Peter 5:7

But seek first his kingdom and it's righteousness, and all these things will be given to you as well.
Matt. 6.33


For the past three years, I worked at an "All-Natural" food Co-op.  I was a butcher, a meat cutter.  I loved my job and was very, very good at it.  I loved the quality of the product.  To qualify as "All-Natural," the meat had to have the following; 1. No growth hormones.  2. The animals were never stuck in cages.  3. No antibiotics.

I remember the first summer there when I was cutting up some sirloin.  I was by myself in the back room, and I noticed something...the smell.  All I was smelling was the iron in the blood of the meat.  That's when it dawned on me.  When I opened up a steak from somewhere else, I was smelling growth hormones and antibiotics.  GROSS!!!!

I love the culture and ethics of a co-op.  They want to be local game changers.  It's more than about making money.  They sponsor local foods and organic farms.  They tend to be very nurturing and good to their employees.  The camaraderie tends to be excellent.  I really loved working there, and miss most of it terribly.

Unfortunately, the commute was beyond awful.  Also, the pay was not what I needed, and there was minimal room to advance in an operation that small.


About two months ago I got a job at a different place.  It's a massive grocery chain out of Iowa.  It's employee owned, so it's non-union. (I'm not anti-union, but my experience has been that unions and grocery stores do not compliment each other at all.  Plus, 95% of the employees who are part timers doing 95% of all the work.) It pays it's workers well, with great benefits and perks.  There is also plenty of room to grow and work up the food chain.

On the other hand, it's much more chaotic and disorganized than my little co-op.  Plus, the camaraderie isn't there.  It's too big for that.

Like I said before, I miss my co-op.  I'd even go back if they could pay me more AND relocate me to the store that is closer to my home. (I really and truly hated the commute.)

On the other hand...


I've said this before; what ever is central to you, what ever is most important...that IS your god, your religion.  It is!

For many people, their job becomes their god.  It defines who they are.  It is central to them.

Co-ops can be very interesting, because they attract "True Believers."  We would have customers who, I am certain, believe that if they only eat organic chicken, they will never die.  Gluten and GMO foods are the evil boogie man.

We have a "Wellness Dept." that sells natural remedies and some magical charms.  We have a community board that offers all sorts of spiritual courses to change your color aura and Chi.  Some are monotheistic, some polytheistic, and some just teach you how to astral project so that you can send your soul  on vacation while you stay home and work.


You get some interesting characters in a co-op.

I once saw a 30-something couple get into it in front of our fish case.  The wife actually swatted her husband's hand when he pointed to our Scottish salmon.  "Farm raised," she yelled at him. (Yeah, and one of the best farms around.  That salmon is better than anything you'd catch in the wild, and the most mercury free.) Then he pointed at a salmon patty.  "Gluten!" she yelled.  I saw numerous instances along these lines.  So in many respects, my co-op had some cult-like qualities to it.


And it wasn't just the customers...


Late last Spring, my old boss was fired.  It came as a shock to the entire store, and no one was certain as to why.  Officially, he missed a very important meeting and didn't call in.  He had previously called in because he had been out for a few days with a fever of 108.  I loved this guy and would have taken a bullet for him.  He was the best boss I ever had.  We were all stunned.  It actually made many of the workers nervous because this guy was so loved.

The new boss isn't a bad guy.  He's just really arrogant and completely self-assured...a total alpha male.  He made a lot of changes.  Some good, some not.  Mostly he made changes just to make changes, and to leave his signature.

I don't trust people who are that self-assured and cocky.  The battlefields of history are littered with the bodies of kings and conquerors who were certain of themselves.  His biggest problem is that he has never lost or failed at anything.  And that's dangerous.  You will never be a real man until you fall flat on your face a few times.  You learn grace, humility and mercy from those experiences.


Then there was the cult...


The more I paid attention, the more I noticed the cult-like aspects of my co-op.  Most workers didn't drink the Kool Aid, but enough did.  The store manager was the High Priestess, and she really, really wanted the department managers to drink a pint everyday.  My old boss wasn't religious enough for her.  He didn't drink the liquid.  That put him in her cross hairs.

In the mean time, I found out that the future new boss, who was in a different department, was ratting out other workers to the Priestess through text messages.  She loved it.  He was drinking the Kool Aid everyday.  I find it very unseemly to ingratiate yourself in this manner.  When I finally figured this out and had it confirmed by numerous other people, it really sickened me.  My boss was fired so that the Priestess could install her alcolight in his place. (I doubt that either guy knows this, but I'm sure it came as no surprise to the new guy.)

Needless to say, insipid phrases like those were like nails on a chalkboard to all of us in the department.  We created counter-phrases to mock his own.  Till my dying day, if you want to cause me to have a seizure, ask me how my journey is going.

There were plenty of other things he said and did that just smacked of quasi-religious mumbo jumbo. The new guy wanted his job to be his all, and he literally poured his soul into it.

For the new boss, the store and his position were his god and religion.

(It also didn't help that he talked down to me.  He said that he respected my work ethic...and he did, but he didn't respect me as a man.  I'm pretty sure he thought I was just an idiot.  He treated me like a piece of equipment.)

Little by little, it all began adding up for me.  I just couldn't take it anymore.  So I found a new job.


Like I said, I miss my old job terribly, but there is plenty that I will never miss.


"I am working on your behalf.  Bring me all your concerns, including your dreams.  Talk with me about everything, letting the light of my presence shine on your hopes and plans.  Spend time allowing my light to infuse your dreams with life, gradually transforming them into reality.  This is a very practical way of collaborating with me.  I, the creator of the universe, have deigned to co-create with you.  Do not try to hurry this process.  If you work with me, you have to accept my time frame.  Hurry is not in my nature.  Abraham and Sarah had to wait many years for the fulfillment of my promise, a son.  How their long wait intensified their enjoyment of this child!  Faith is the assurance of things hoped for, perceiving as real fact what is not revealed to the senses."


The above quote is from a devotional that my mother gave me about a month ago.  It's title is "Jesus Calling," by Sarah Young.  I haven't been the most faithful reader of it, but that bit from a few days ago really stuck with me.


I mentioned about the quasi-religious aspects of people's careers and such.  I said that the new boss drank the Kool Aid.  Well guess what?  I did too, in a way.

I was very good at my job.  I felt very fulfilled in what I did.  It WAS defining who I was without me even realizing it.


This all dawned on me a few days ago, because I am not feeling as fulfilled at my new job like I was at my old.  I realized  I had allowed myself to fall into an unconscious rut...and a very unhealthy one at that.


Slowly but surely, God has been stripping everything away from me.

I haven't been to the gym in over two years.  I haven't been to any church body in almost the same amount of time.  Most of my friends have moved away.  I don't do anything.  I feel depressed and tired all the time.  All I want to do is sleep.

I have no fellowship with the church as a whole...and I feel it.  Emotionally, physically and spiritually, I am starving.


Slowly but surely, God has been stripping everything away from me...


Until I come to my senses and realize that He is all that is left.

After that, I don't know what He wants.  But I doubt I'll figure that out until I get these first ones squared away.

I've always felt very misunderstood.  I've never truly felt like I belonged anywhere.  I can be provocative and love to ask questions.  But I'm not a bad guy.  I think I've lived a rare and interesting life.  I've lived in Jerusalem and the Czech Republic.  I've visited numerous other countries.  I have a Mdiv. from Bethel Seminary.  I love to read and write.  I have a thorough knowledge base in certain areas.  I think that I have a lot to offer other people and places.  But how to find these things???

I also think I would be a good husband, father and friend.  But how to find these things???


I really don't know what the next steps are and I feel lonely and lost.

In the end though, I have an 8 hour window everyday, and it should belong to HIM!  God should be the one I delight in and allow to define me, not my job or anything else.  If I can work at making Him the center everyday, I think that He will reveal his dreams for me...and they're sure to be more fulfilling than anything I can dream up.