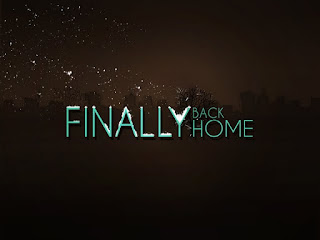 Therefore, I urge you, brothers and sisters, in view of God's mercy, to offer your bodies as a living sacrifice, holy and pleasing to God...this is your true and proper worship.
Romans 12:1

So whether you eat or drink or whatever you do, do it all for the glory of God.
1 Corinthians 10:31


Note to self AND anyone reading this; NEVER pore orange juice on your computer.  I don't care how tempted you are, RESIST!  Don't do it.

I know it's been a LONG time since I've posted anything.  The reason why is because I DID spill OJ on my laptop back in mid-June.  Since that time, my computer has been dead.  So, no posts.  😞

A friend of mine loaned me his daughter's for a time, but I didn't want to put my external hard drive in it and mess up her stuff.  Needless to say, it's been more than frustrating.  So many things I wanted to write about, and I couldn't do a bloody thing.  Having access to information, but not being able to write about it is, for me, like taking a dog to the dog park and keeping it on a leash.

To compound things, I was recommended a fellow from a guy from my former church, who would be able to fix it for cheap.  He's a tech guy, so it was right up his alley.  So I gave it to this stranger.  He said he'd get right on it.

I start texting the guy.  "Oh yeah.  I'm working on it.  I have some ideas, but it will take me some time to get the parts.  Oh yeah.  Looks like it's the keyboard...the mother board...the this, that and the other thing.  Just need a little more time..."

So just over a week ago, a different friend of mine, who is also a tech guy, says "Get it back and I'll look at it."  I did.  It turns out that the first guy never even opened my computer!!!

My friend wasn't able to fix my old computer, but he sold me a good used one.  He got my beat up external hard drive functioning again.  Boom!  Back home.


I don't like being deceived.
Particularly by a guy who calls himself a "Christian."


It's an odd thing for me, not being able to write.  It really put me in a negative funk the entire time.  I felt very disconnected.


I have an odd relationship with the God of the Bible.  Often times, I treat him like an abstraction.  Like he is real, but distant.  More like a concoction in a lab, or a book on a shelf.  That he is near and present?  Not so much.

When I write, I feel his pleasure.  That might sound silly, but it's true.  People connect to God in different ways.  Singing in church doesn't do much for me.  It's not that I don't like it.  It's just that it has minimal impact on my soul.  Sometimes it moves me, but it's rare.

It's amazing what singing worship songs can do for many.  It really connects them.  Kudos!  It's just that it rarely does much for me.

I need to have an intellectual connection to God.  That's where he and I click.  A really good sermon will truly move me, because it forces me to think.  I like to wrestle with God, and I think he likes it, too.

Writing.  Writing is where I can sit and dwell on God, Scripture, etc.  I had no idea when I was younger that this is what would do it for me, but it does.  It makes him feel close, and I feel alive.


Now that I have a computer again, I can not only blog, but I can keep working on the book I am writing.  I never know if the book is any good.  I wonder if I'll ever make a dime off of it. (If I could make a living as a writer, I would be in hog heaven.  But I'm not holding my breathe.) When it eventually gets finished, I'll publish it as an e-book for free for a couple of months and see what happens.  Then I'll go from there.


All I want is to tell a good and funny story, and talk about Jesus.
That's all.
I feel his presence when I'm writing in the book about him.
I think it's what he wants me to do.

Making a living from it is not the point.
It's just an afterthought.

Anyway, now I'm up and running.  It feels like I'm back home, and it feels good.

P.S. I promise to try and blog as much as possible, whether you like it or not.