Some thoughts on pain... 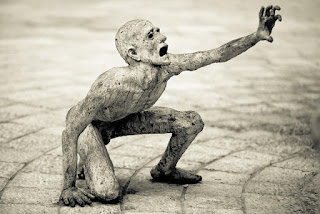 "I have told you these things, so that in me you may have peace.  In this life you will have trouble.  But take heart!  I have overcome the world."
John 16:33

Not only so, but we also rejoice in our sufferings, because we know that suffering produces perseverance, perseverance, character, and character, hope.  And hope does not disappoint us, because God has poured out his love into our hearts by the Holy Spirit, whom he has given us.
Rom. 5:3-5

I still haven't found a new church body to attend on Sunday nights.  Truthfully, I haven't been actively looking.  I'm still kind of taking the summer off.  In the mean time, "Church" for me is Friday mornings at the Perkin's in Lakeville, MN.  It's normally 4-5 guys that meet there for breakfast.  We talk, pray, discuss all of the world's problems, and so on.  We also talk a lot about Jesus and the bible.

One of the guys is a little, extroverted fellow names Shorty.  He's one of the most genuine people you could meet.  He's extremely friendly.  He's also a "Chatty Kathy" doll.  I love him.

Shorty also has cancer.  He's been living with in for a few years now.  It's terminal.  It's going to take his life sometime in the next 2-3 years.

At the same time it's slowly killing him, Shorty remains one of the most upbeat people you could ever meet.


When I attended Bethel Seminary, the professors would talk a lot about the christian approach to evil, pain and suffering.  Why does God allow tornados, earthquakes, fires and what not?

To be honest, I never saw those things as evil.  I saw them as simply natural events that take place.  They could be tragic, for sure.  But if no one was injured or killed, was it evil?

On the other hand, why does a good God allow for birth defects, cancer, etc.?  People have wrestled with that for years.

Scripture indicates that birth defects and such are a result of the Fall of Mankind into sin...at least in the New Testament. (It's not really extrapolated on in the O.T.) The Creation is under a curse of sorts. Certainly, the evil that humans do to each other is a clear indicator of the sinful nature of mankind. 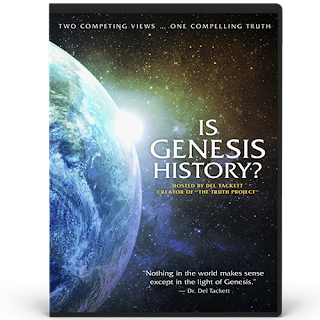 Young Earth Creationists believe that all birth defects, even death are the result of Adam sinning, and then go even farther.  The Grand Canyon, the various rivers, mountains, and amazing scenic views around the world, are all a result of God's wrath towards sinful humanity during the flood of Noah's time...a mere 5000 years ago.

So much for the Psalmist's praising God for his natural beauty, or Paul declaring the beauty of God's good creation as evidence for this divine creator.

The big problem is that the creation stories and poems never say that people didn't die before the Fall.  In fact, why would there be a Tree of Eternal Life in the garden if no body died????

This always begs the comical question: If there is no higher power, and we are all random accidents of a heartless, empty cosmos with no purpose or meaning, what constitutes evil to begin with??? There may be things that we personally do not like, but that doesn't mean they are evil.

Heck, I might like and get great satisfaction out of hitting people in the back of the head with a 2x4.  Who are you to tell me it's "Wrong?"  You are just another random accident with no higher purpose.  What you think and believe is no better or worse than mine.  Remember, there IS no meaning to our existence.  We are all just worm food in the making.

Seriously, if you're gonna go Atheist, do it properly.  Don't settle for the "Pop Fad" Atheism of Seth MacFarlane.  Start boning up on your Albert Camus and John Paul Sartre.


As of late, I've been going through my own form of suffering.  I'm without a church body.  My family has been going through some serious physical and financial struggles.  I've been really struggling financially recently.  My dad is slowly but surely dying of neuropathy. (It's going to take a few more years.) I've really been down in the dumps for well over a year now.  Plenty O Stress.  😕 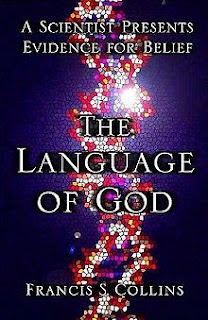 For Christmas, I was given this book.  Francis Collins was the Director of the National Institute of Health under Obama, and the head of the Human Genome Project back in the 90s.  He'll go down as one of the world's greatest scientists.  He also love Jesus very much.

This book is pretty clear cut.  He tells his own story of his journey from Atheism to Christianity.  Then he sets out to give arguments for the existence of God.  Finally, he demonstrates why modern science...including evolution, are perfectly compatible with the bible and traditional, orthodox Christianity.

He admits that he was heavily influenced by C.S. Lewis and his book, "Mere Christianity."  There is a portion of the book where he quotes Lewis on the issue of pain and suffering.

I happened to had brought this book to breakfast this morning.  I was going to loan it to a guy who was eager to read it.  As Shorty and the rest of us talked about his cancer and suffering, I grabbed the book and read a portion.

For many thoughtful seekers, these rational explanations fall short of providing justification for the pain of human existence.  Why is our life more a vale of tears than a garden of delight?  Much has been written about this apparent paradox, and the conclusion is not an easy one; if God is loving and wishes the best for us, then perhaps His plan is not the same as our plan.  This is a hard concept, especially if we have been too regularly spoon-fed a version of God's benevolence that implies nothing more than a desire for us to be perpetually happy.  Again from Lewis; "We want, in fact, not so much a Father in Heaven as a Grandfather in heaven - a senile benevolence who, as they say, 'likes to see young people enjoying themselves,' and whose plan for the universe was simply that it might be truly said at the end of each day, 'a good time was had by all.'"

Judging by human experience, if one is to accept God's loving-kindness, He apparently desires more of us than this.  Is that not, in fact, your own experience?  Have you learned more about yourself when things were going well, or when you were faced with challenges, frustrations and suffering?  "God whispers to us in our pleasures, speaks in our conscience, but shouts in our pains: it is His megaphone to rouse a deaf world."  As much as we would like to avoid those experiences, without them would we not be shallow, self-centered creatures who would ultimately lose all sense of nobility or striving for the betterment of others?
Chp. 2 The War of the Worldviews


As much as a I hate to suffer and struggle, I think he's spot on.  Shorty liked the passages, too.


The thing is that if you have placed your faith in the faithfulness of Jesus, then you begin to understand that these trials are not the end in any way, shape or form.

We all agreed at breakfast that this life is merely a training ground.  If you read the last two chapters in the bible, you know what comes next.  Heaven and earth are restored.  God wins.  A whole new world for all of eternity begins.  Every tear is wiped away.  Everything bad becomes un-true.


And every bit of the struggle will be recycled into something beautiful.

That's not such a bad thought.