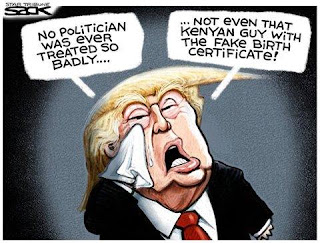 "He did everything wrong, offended almost every people group, but I believe he won because of God.  He wanted him in that position and (Trump's) going to stay in that position until (God's) vision is complete."
Franklin Graham

"Just as I raised up Cyrus to fulfill My purposes and plans, so have I raised up Trump to fulfill my purposes and plans prior to the 2016 election. You must listen to the trumpet very closely for he will sound the alarm and many will be blessed because of his compassion and mercy. Though many see the outward pride and arrogance, I have given him the tender heart of a father that wants to lend a helping hand to the poor and the needy, to the foreigner and the stranger.”
Jeremiah Johnson

The Spirit clearly says that in later times some will abandon the faith and follow deceiving spirits and things taught by demons.  Such teachings come through hypocritical liars, whose consciences have been seared as with a hot iron.
1 Tim 4:1&2

For our struggle is not against flesh and blood, but against the rulers, the authorities, against the powers of this dark world and against the spiritual forces of evil in the heavenly realms.
Eph. 6:12

Have you ever heard someone called a P.A.B. before?  You probably have, just not in that abbreviated form.  If you don't know what a PAB is, I'll give you a hint.  It's a shortened descriptor.  The P stands for "Punk."  I'll let you guess the rest.  😏😏😏 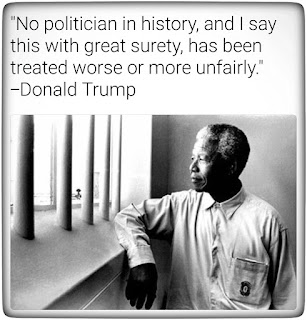 This post will be kind of an easy one.  I get to post plenty of pictures to illustrate my points.  This one you see here is from Pres. Voldemort's speech at the Coast Guard Academies' graduation a few days ago.

If you didn't hear the speech, you should try to at least listen to some snippets.  It was pure Trump at his best.  Most commencement speeches talk about the future and encourage the graduates to go out and make a difference.  Voldemort did that...just in his own special way.

It was ALL about him.

Basically, he used himself as the example of one who can preserve, so they should too.  If he an do it, despite all of the terrible persecution he has faced, they can do it!!!!  Hurray. 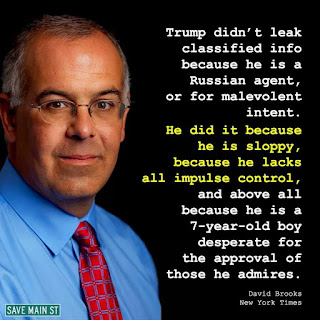 At the top of this post, I put in two quotes, with links underneath them to original sources.  The first was of Franklin Graham opining that God's hand is upon the anointed God Emperor Trump.  which is what Franklin has believed from the beginning.

The second is from Jeremiah Johnson, a Prophet of God. (Okay.) I don't know much about him.  He doesn't seem like a nut-bag. (Although I do know that there are a lot of ministries down there in Lakeland, FL. that cater to the craziest of crazies.) I guess he was right in one respect.  Voldemort got elected.

I think he might be on to something, just not in the way he expected. (More on that later.)

What I DID find interesting in his "Prophecy" was this part of the quote, "Though many see the outward pride and arrogance, I have given him the tender heart of a father that wants to lend a helping hand to the poor and the needy, to the foreigner and the stranger.” 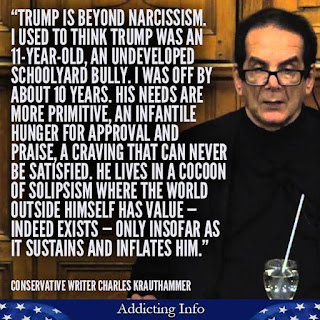 Really?  A helping hand to the poor, needy and strangers?!?!?!  Really?

I take it that God didn't bother listening to Trump's comments about immigrants, Muslims or refugees.  Perhaps even the divine can develop hearing loss after a period of eternal existence.

As far as the poor and needy go, has anyone bothered to look at Trump's budget proposal???

I fully believe that the Spiritual Gifts are alive and well.  But I'm not sure that Jeremiah has them. 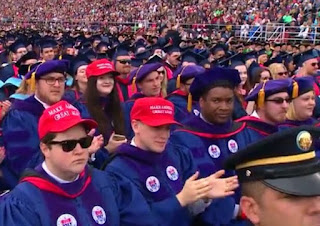 Okay, I put this picture in here just because it's hysterical.  This is a photo from Trump's speech at Liberty University.  I think the expression on the NON-White fellow's face says all you need to know.


Franklin Graham backs Voldemort because he is convinced that Christianity is under attack in this country.

DUHHHHHHHHHHHHH!!!!!!  When has Christianity NOT been under attack????  Christians have been in a minority in every single society it has ever existed in.  It was also been at war with the dark forces of this world from the get go.  Do you read the bible or not?!?!?!

The problem with Franklin and many, many other folks is that they believe the idolatrous lie that at some point, America (England, France, Germany...western Europe in general, too.) was a "Christian" country.  Biblically and theologically, there is no such thing...other Jesus' kingdom. You know, the one that he said was "Not of this world." (John 18:36)

BTW: That doesn't mean that America is a bad place by any stretch.  It just means that I'm not confusing it with being Jesus' favorite.

Franklin and many others believe that the rights of Christians are being taken away by secular Liberals and what not.  Voldemort said he would protect our liberties, so he is clearly God's anointed.

Voldemort did issue and Executive Order to not fully enforce the Johnson Amendment.  That made Franklin smile. (It is also such a toothless amendment that the ACLU didn't even bother sniffing about it.)

The problem with Franklin and other "Persecuted" Alt-Right Evangelicals is that the live under a lie...a delusion of their own enjoyment.  It has more to do with "White Privilege" than anything else.  Think of it as "Cultural Christian Privilege."  We've had it our way for so long, to see anything different is a threat.

If I have to stand next to a man in a dress, with false boobs, while I take a leak, I'M OPPRESSED!!!  If two mannish looking women ask me to bake a cake for their wedding, I'M OPPRESSED!!!!  If a muslim student at the local high school gets a day off for Ramadan, I'M OPPRESSED!!!


Extending equal rights in a pluralistic society is not oppression.

It's not that I see eye to eye with these folks.  I just don't see any advantage to them hiding in the shadows.  Please explain to me how keeping others down, and living in secret, benefits me or anyone else?


The fact of the matter is that I doubt Franklin or his kind even know many muslims, or Trans people, or what EVER. (I've been trying to get to know some trans folks, because I don't get it at ALL.)  Odds are, these folks don't know the real resurrected Jesus.  If they did, they would let him help and heal them with these issues.

It's pretty obvious that Muslims don't know the true Jesus.  It's a heck of a lot easier to befriend, help and talk to them about Christ over here than it is there.

Why would I want to keep these folks hidden?  It's hard to develop a proper relationship in which to share the Gospel with someone who is kept in a box.

The truth of the matter is that we ultimately wrestle with spiritual forces.  Politicians aren't much help in this area.  Only the resurrected Jesus is.

I figured out a long time ago that I am a minority where ever I go.  AND, whether I am in the U.S., Canada, Norway, China or Bangladesh, I am ultimately in Rome and Babylon.  I am a stranger in a strange land.  The church has always been at it's best when it understood it's minority and prosecuted status.

We live in a world that is hostile to God, and hostile to the Gospel.  It has always been that way.  Get used to that!  Rejoice in it!  Once you free yourself from the illusions, it's much easier to follow Jesus into his true kingdom.  He is the only one to put your hope in.  The ONLY one!  Certainly not some gutter level politician who gives you hollow promises.


Back to the "Prophet," Jeremiah Johnson.  He said that God raised up Trump to be his "Trumpet" in America.  As I said before, I think he may be onto something...but not exactly what "The Prophet" is expecting.

Maybe, just maybe, God did raise Trump up.  After all God is intimately involved with every raindrop that falls, so why not politics?


So the question is; Why? 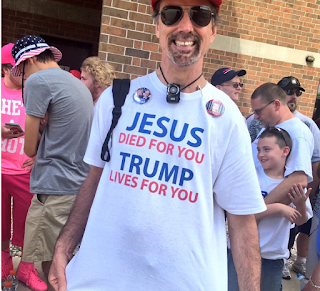 Is it possible that God raised this man up, simply to let him fall on his face?  The man appears to be doing exactly that on a daily basis.

Did God raise this man up simply to use him to humiliate the "Americanized" church?  I hope so.

Perhaps, the coming fall of Trump will be the bitch-slap in the face to a church that has largely sold it's soul to secular politics.  I think that God must be mighty tired of so many of his followers putting their faith in politics of any kind, let alone Alt-Right kookery.  Perhaps, Trump is the very tool that God uses to smack to the ground  the very people who profess to love him, yet put their faith in idols

God's done it before....many, many times.  I see no reason why he can't do it again.


The final question is; Will the church listen?

Or will it remain, just like it's current idol, a...