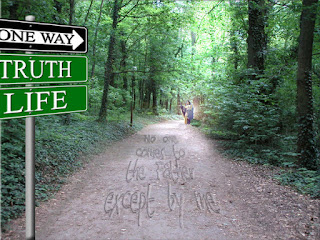 Yesterday I had lunch with a kid from church.  I really enjoy him, his brothers and their parents.  They're one of those families that is down to earth, "Gets it," and doesn't seem to fear the big, bad world.    They take their faith seriously, too.  But not in that weird hyper-religious, "I'm more pious than you" kind of way that many christian families do.  They also seem to have some kind of intellectually gifted gene that runs through the lot of them.  This kid is the youngest, yet started college at 16.  I've been trying to encourage him and his siblings to consider going into academics, because the church in America desperately, desperately needs more down to earth intellectuals.  In my opinion, we're a virtual vacuum.

Anyway, we headed over to the new Giordano's Pizza in the Uptown area of Minneapolis.  I'm admittedly a pizza snob.  I had Giordano's pizza in Chicago, down by the famous water tower ages ago.  I learned the hard way that there simply is no point in trying to find Chicago style, deep dish pizza anywhere but Chicago.  Now I can!  They just had to import the chain up to the Twin Cities.

Since that style of pizza takes A LONG time to cook, we had plenty of time to talk.  Jared, (That's his name) is a smart kid...and more than a bit of a brainiac.  We talked a lot about Jesus and the bible.  And I do mean A LOT.

I'm a big believer in tolerance and coexistence.  I've had Atheist friends, Jewish friends, agnostic friends, a couple that dabbled in Wicca/Witchcraft, and now I'm working on getting some Muslim friends.

(Never had a Buddhist friend.  Gotta try and do something about that.)

I'm desperately hoping that President Voldemort's Muslim ban get's flushed down the toilet, and that this country gets a ton of Muslims.  I'll tell you why in a bit.


But first, a side note; TOLERANCE = Essentially, to put up with things you might very well find disagreeable, or even possibly offensive.

Honestly, if I took a swing at anyone I found myself in disagreement with, or was doing something that offended my sensibilities, I wouldn't be able to walk 50 yards in the mall.  And that would suck, because I have to go over there today to get some birthday cards.


What Tolerance does NOT mean is endorsement, agreement or condoning.

That's what so often drives me insane from the Lefties I know.  I'll tolerate plenty of stuff.  That in no way means I see eye to eye with it.

A while back, one of my gay friends got mad at me because I thought that the cross dressing man in our store was amusing.  I told him that the dude could dress anyway he wanted to.  It was his business.  But I was still going to find it funny.  I grew up on Monty Python.  Seeing a grown man cavorting around in a dress is funny to me...and 99% of the rest of the world.


So, why do I want a whole bunch of Muslims to be allowed in as refugees?  Well, the basic reason is simply out of mercy.  Jeez Louise, people are dying by the thousands over there.  Have a little compassion!

That's why I want them here.

It's rather difficult to share the Gospel in Islamic countries.  You generally get killed if you do.  Any convert is instantly marked for death.  I am convinced that God is using these man made disasters to bring them into the free world, where they can hear the Gospel without fear of death.

As Jared and I waited for the pizza, I told him a thought that I've had in my head and have begun to state repeatedly.  It's what I believe in the center of my very soul.

"Jesus is who he claimed to be.  He is the crucified and resurrected King.  The creator God of the universe, and the only, single hope for fallen humanity.  There is no other way."

After that, we can have a discussion on other, less central things over a cup of coffee or whatever.


Here's something that fascinates me about Jesus.  He made the claim that he is God, and that it was his way or the highway.  He was completely & utterly exclusive...which doesn't sound very tolerant, now does it?

I've seen Liberal theologians (Liberal theologically, not politically) fart around with Scripture and argue that Jesus didn't really mean that.  But a plain, basic reading of the text can lead to nothing else.  Jesus said that he was it!

That leaves you with minimal options.  Either Jesus is right, or he's a complete nut job.  You certainly can't conclude that he was a "nice guy."

I have a deep respect for other religions.  I try never to disrespect them.  However, I fully believe them to be dead wrong.  But something that fascinates me about other world religions is that they ALL, and I do mean ALL, make room for Jesus!!!

The earliest world religions that we know of seem to be Hinduism, and then perhaps Buddhism. (The earliest form of Judaism started way back when, but didn't do much in the way of evangelizing.) They were well developed by the time Jesus came along.  Yet, both Hinduism and Buddhism make room for Jesus as an enlightened soul and/or an avatar of higher consciousness.

This morning, I was poking around the internet on Jewish references to Jesus.  Sure enough, he's in some of their sacred texts.  How many references in the Talmud are up for debate, but he's there.  A nice Jewish boy gone bad.  Sure he performed miracles, but he did it using witchcraft and the power of Satan.
https://en.wikipedia.org/wiki/Jesus_in_the_Talmud


The other thing that is interesting about world religions is that every single one that came along after Jesus has claimed him as one of their own.

Islam, in particular, is interesting.  Jesus (Isa) is mentioned far more than Mohamed is!  In fact, when Islam first came into being, the church treated it as a heretical form of Christianity.  Islam teaches that Jesus was born of a virgin, will come back to judge people, but that he was not God, nor was he ever crucified...and therefore, never resurrected.

I've studied Islamic history long enough to know what a beautiful history it's had.  Heck, they invented Algebra, the modern compass, and were doing cataract surgery when my ancestors were still raiding medieval monasteries on the English coast.


But that doesn't mean it's true.
Without the crucifixion and resurrection of Jesus, Christianity collapses.

Judaism, Christianity and Islam are all brutally monotheistic, and you only get one chance.  In Judaism, you gotta do enough good works and keep the law of Moses.  In Islam, there is no sure guarantee, but you better be good.


Jesus said, "Just trust me.
Put your faith in my faithfulness.
I've taken care of everything."

I'm all for tolerance.  But that does not equal endorsement.  I believe strongly coexistence.  But that doesn't mean that it's all the same.  That's not even logical.  I believe that a diverse society is a beautiful thing.  But at the end of the day, truth is not relative.  There can be only one.

There's no other way.