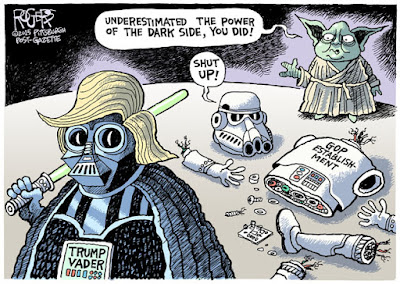 "Of them the proverbs are true: "A dog returns to it's vomit," and "A sow that is washed, returns to her wallowing in the mud."
2 Peter 2:22


As incredibly rebellious and unfaithful as I am, at the end of every day I am thankful for the faithfulness of Jesus.  It's his faithfulness that saves.  Not mine.  I'm a dead man walking if I had to depend on myself for salvation.

I've said this many times, but I'll say it again; Jesus never misses.  He always wins.  He never loses.  He has my back.  So, of what should I be afraid?


Back in the early 90s, I worked for my cities' water department during the summer while in school.  We only had AM radios in our trucks, so it was either classic rock or talk radio.  There was a new voice on the air who was entertaining.  His name was Rush Limbaugh.  I listened to him a lot.

As entertaining as he could be, I couldn't help but notice that he had a thorough and brutal mean streak in him.  He liked to call himself a "Conservative," but over time I just thought he was mean.  I grew tired of him...and his callers in particular.  Most of them simply came off as uninformed at best, or simply really dim-witted.  Anyone who challenged Rush on an intellectual level, or with facts, Rush would hang up on.

One of the ways to make me angry is to misuse the bible, or treat Jesus like a whore for your own ends.  One day, Rush was commenting on the Israeli/Palestinian conflict.  He said something along the lines of there being no reason to work for peace over there because nothing could be done.  "It's all right there in the Book of Acts," he said.  Click!  That was the last time I ever listened to Rush Limbaugh. (For those of you who don't understand, most likely he was speaking on End-Times theories, which most likely would reference the Book of Revelation.  Having read Acts more than a few times, I have noticed that Luke never comments on Palestinians.)

Rush was just the beginning.  Soon, there were numerous far-right talk show hosts.  Each one trying to "Out-Right" the other.  They call themselves "Conservatives," but they're not.  To be a proper Liberal or Conservative is to subscribe to a philosophy, an intellectual assent to a set of principles.  David Brooks is a Conservative.  So was William F. Buckley.  These guys are anything BUT intellectual.  In fact, they mock intellectuals...Glenn Beck in particular.

What guys like Rush, Hannety, Beck, FOX news and even Alex Jones have done is to give a fig leaf to kooks and crazies.  They have given permission for Traditionalists...people simply afraid of change, racists and all manner of extremists to call themselves "Conservatives," when in reality they are  willfully ignorant or just plain stupid.

"I believe that Obama is destroying this country with his socialist ways, and by allowing illegals to take our jobs."  Translation; "We have a Nigger in the WHITE house and beaners make my hamburgers at McDonald's!!!" 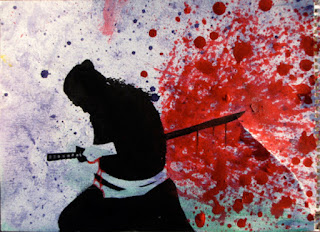 This morning on Facebook I posted the following, "Repeat after me; "Congratulations, Madame President!""  It was me laughing at the fact that the Republican Party is continuing it's ritual Seppuku with Super Tuesday being an over all victory for Donald Trump.  If it continues, Hillary Clinton will almost certainly be the next President.  For that matter, the Democrats could put a tumbleweed up as their candidate, and it would most likely beat Trump.

Personally, I would prefer Sanders.  If you think the kooks are out in full force now, just wait until you get a Jew in the Oval Office...and a self-proclaimed "Socialist," no less.  Talk about entertainment value!

The sad fact is that the Republicans have done it to themselves.  They tolerated and encouraged the talking heads on the radio and TV to stir the pot of anger and fear, so long as it suited them.  Well, now Roger Ailes' Frankenstein is off the reservation and whooping the establishment.

I had this past Friday off.  I was driving around and tuned in to listen to the GOP debate from the previous night.  Bad idea.  It made me so angry that I had to pull over and park for a while.  Middle School tantrums.  That's what that debate was.  Donald Trump wets his pants?  Marco Rubio has big ears?  Really now?!?!

To their credit, Kasich and Carson tried to stay positive.  That's why the moderator rarely called on them.

Who's fault is this?

Newspapers don't sell well if the front page has happy, positive stories.  "If it bleeds, it leads."  Why do you think gossip rags like Star, or the National Enquirer stay in business?  We can't get enough of the trash.  To have it play out on a national stage with the fate of the country and national prestige at stake?  Even better!

The one who says the most ridiculous and absurd statements?  The one who can stoke the rage, fear, paranoia and anger the most?  They win.

You can get frustrated over your situation in life.  We all do.  Still, odds are that it wasn't the fault of the jews, blacks, mighty-whitey, the gays, the straights, a cabal of Free Masons, some vast right-wing or left-wing conspiracy.  If you want to blame someone for your life of anger and fear, walk into your bathroom, look in the mirror and bust in the mouth with your fist the person you see staring at you.

The good news?
As I said at the top; Jesus never misses.
He always wins.
He never loses.
He has my back.
So, of what should I be afraid?


I have been seeing more and more of my far-right and extremely conservative friends waking up.  They are shocked that so many people who call themselves "Christians" supporting someone like Donald Trump.  They are baffled and terrified.

For the record, I absolutely and firmly believe that supporting Trump is a Sin!!!!!  There are plenty of politicians that I like and don't like.  I've never said that about any American politician in my life.  But I mean it.  To support Donald Trump is an absolute betrayal of, and a stab in the gut to, Jesus Christ!

So many Christians are waking up.  They didn't pay attention to Billy Graham when he warned about this back in the early 80s.  Now they are reaping what they sowed, and they don't like it.

This is good!  This is a sign of potential repentance.  The purity of the Gospel, the Good News of Jesus' kingdom, has been whored out long enough for the sake of political expediency.


Someday, some day there will be no America...or any other nation for that matter.

Someday, some day it will be like this...
Then I saw “a new heaven and a new earth,” for the first heaven and the first earth had passed away, and there was no longer any sea.  I saw the Holy City, the new Jerusalem, coming down out of heaven from God, prepared as a bride beautifully dressed for her husband.  And I heard a loud voice from the throne saying, “Look! God’s dwelling place is now among the people, and he will dwell with them. They will be his people, and God himself will be with them and be their God.  ‘He will wipe every tear from their eyes. There will be no more death’ or mourning or crying or pain, for the old order of things has passed away.”
Rev. 21:1-4

So I look at the results of Super Tuesday.  I'm not pleased, but I'm at peace.  I do get the giggles at the absurdity of all of it.  But as I get ready to shower and head off to work, I consider this...

And the peace of God, which transcends all understanding, will guard your hearts and your minds in Christ Jesus.  Finally, brothers and sisters, whatever is true, whatever is noble, whatever is right, whatever is pure, whatever is lovely, whatever is admirable—if anything is excellent or praiseworthy—think about such things.   Whatever you have learned or received or heard from me, or seen in me—put it into practice. And the God of peace will be with you.
Phil. 4:7-9