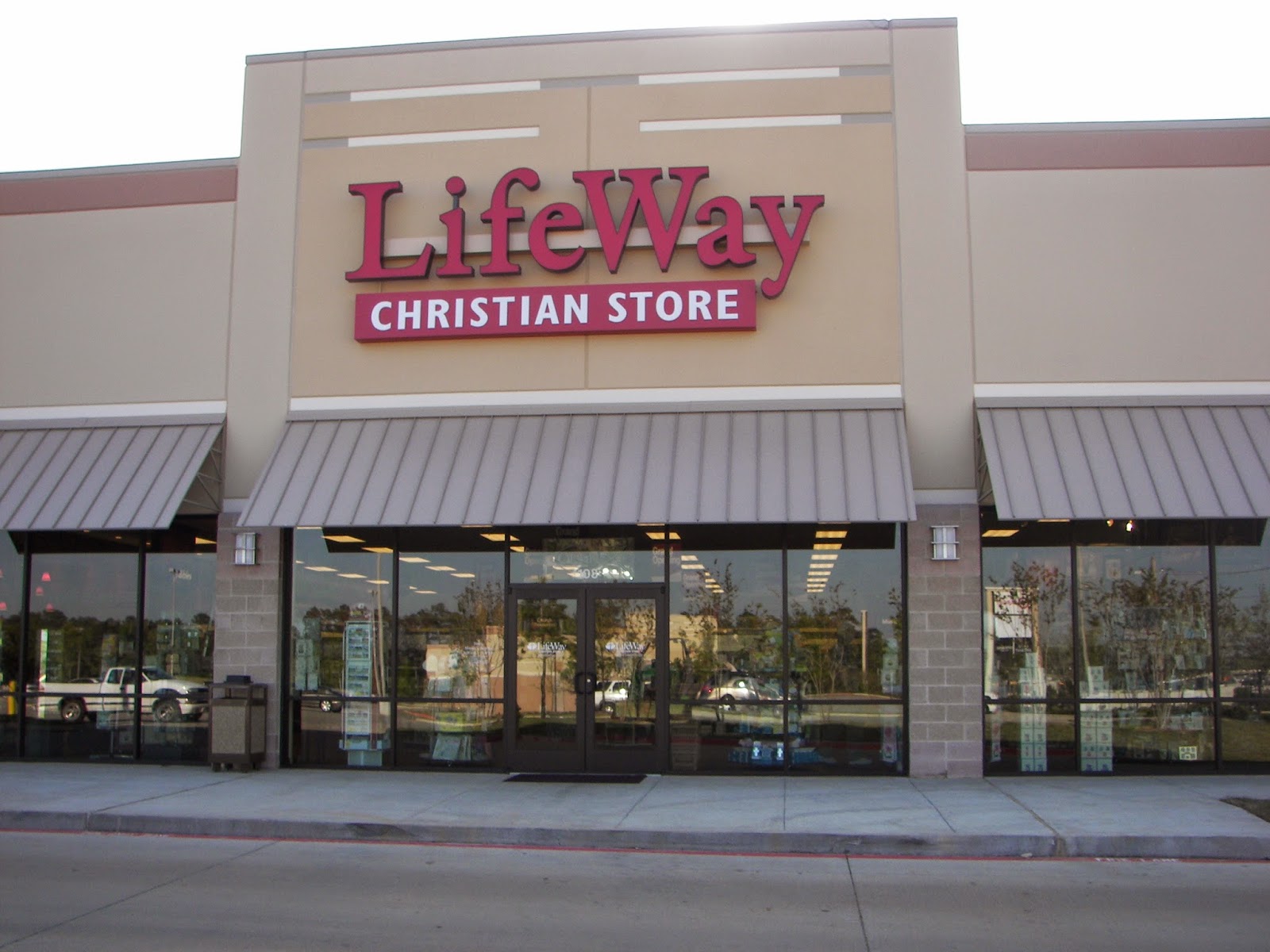 "Study to shew thyself approved unto God, a workman that needeth not to be ashamed, rightly dividing the word of truth."
2 Tim. 2:15

Sometimes I dig a little King James version.  You just never know where it's going to shew up.


Last month I went over to Lifeway near a mall by me.  If you didn't know, Lifeway is a "Christian" bookstore.  Before it became Lifeway, it was Northwestern books.  I was looking for some books by a theologian I enjoy.  Turns out, they didn't have any of his stuff.


They did, however, have just about everything that John MacArthur has ever written.


I've always been a little uncomfortable about "Christian" bookstores.  It's not that I don't appreciate a one stop shop for all of my evangelical needs.  It's just that I'm not a fan of self-imposed ghettos.


When I am in a store like this, I appreciate the fine selection of pictures of Jesus that they normally carry.  It's good to be reminded that Jesus is very white, like me. (Sometimes he even has blue eyes, which I'm sure is straight out of the book of Revelation.) Jesus also has a full head of hair, which is normally styled a like a good mid-westerner from Iowa of Nebraska.

I have also noticed the wide variety of bibles available.  They have sports bibles, with handy sayings for your team to quote.  They have bibles for hunters and other outdoorsy activities.  They even have a "Patriots" bible, with verses taken out of context and highlighted so that you can prove that America is Jesus' favorite country at your next NASCAR rally.


They also have a John MacArthur study bible...


Back when Lifeway was still Northwestern books, I went in and noticed that they were selling books by Rush Limbaugh and Dr. Laura.  I found that odd since neither of them are Christians.  But then I remembered that to follow Jesus properly, you must partake daily of the sacrament of FOX news.

Actually, to their credit, Northwestern carried a rather wide variety back in the day.  They had books by prosperity preachers, which I completely disagree with.  They also carried books by Brian McLaren and Rob Bell. (Guys I enjoy, but have some very profound disagreements with.) So they were all over the map.

Once Northwestern became Lifeway, that all changed.  I remember the first time I went in there after the new owners came in.  Holy moly, the variety was out the door.  White Jesus was still there, but now  the amount of John MacArthur's works had quadrupled.  There was a noticeable increase in other Dispensationalist authors, too.

Now I know that Lifeway is owned by the Southern Baptist Convention.  The SBC is lead by Albert Mohler.  Al isn't known for being the most open minded guy.  This may explain a great deal.

BTW: Please don't think I am picking on John MacArthur.  Most of his stuff is good.  However, you have to realize that he views the bible and everything else through the lens of Dispensationalist theology.  http://en.wikipedia.org/wiki/Dispensationalism  Dispensationalism has some merits, but can run into some pretty goofy stuff.  In a nut shell, they have sliced and diced the bible into pieces like a loaf of bread.  Most of modern American evangelicalism has this as it's foundation without most people being aware of it.  Certainly when it comes to understanding eschatology. (End times stuff.)


If you are a fan of those "Left behind" movies, that's all based on Dispensationalism.


I think it's a really bad idea to only read/listen/learn from people you agree with.  That's why I like to get a variety of opinions when it comes to following Jesus.  My opinion is that way to many American evangelicals live in self-imposed bubbles.  This renders us virtually incapable to speaking into the broader culture, unless it is to condemn.

I don't think I would really know what I believe and stand for unless I took the time to hear as many sides as I can.  How can I be articulate to someone when I don't know their side of the story?  I don't have to agree with them.  That's not the question.  I think the question is wether or not I will be well-rounded and properly informed.


It seems to me that too many Christians are afraid of asking questions.


I really love Rob Bell.  Now, before you burn me in effigy, let me explain.  I think that in the past few years, Bell has gone off the reservation.  However, I also think that evangelicals are partly responsible for this.  I remember the big stink when he published "Love Wins."  Since it was controversial, I naturally had to read it.  Over all it was good, particularly the last chapter which read like a Billy Graham alter-call.  However, the weakest link was the very chapter that got Bell into trouble.

Bell wondered if God might give people second chances after thy die.  That was it.  Rob asked questions...and we can't have that.

Rob left the reservation.  But we are extremely guilty of pushing and shoving him along the way.  In fact, a few weeks ago a friend of mine stated that she had kicked Bell to the curb a long time ago.  I noted that we American christians are really good at kicking people to the curb.

This past year, Mark Driscoll lost his entire ministry for being a tough guy, hard ass.  Guess what?  I like Mark Driscoll, too.  I like John Piper, Rick Warren, Greg Boyd, Rob Bell, Mark Driscoll, Peter Rollins, Roger E. Olson, etc.  I have yet to agree 100% with ANY of them!  But they make me think!!! (I do not care for Benny Hinn and Kenneth Copeland.  They give me itchy, burning hives.) Heck, I can't even agree with myself a good deal of the time.

Too many Christians lick their lips in joyful anticipation when a leader falls from Grace.  I'm much more interested in seeing the restoration of guys like Driscoll and Bell.  It seems to me that the only prominent Thinker who got the Bell broohaha right was Francis Chan.  In response to "Love Wins," Chan wrote "Erasing Hell," which was an excellent book.  He didn't condemn Bell with silly tweets.  He engaged him politely and out of love.

In my last post, I said that American Christians have a lot of fear.  I still think that's true.  But I also think it's nonsense.  Of the few things that I am certain about in life is that Jesus always wins...ALWAYS!  If that's true, then what is there to be afraid of?

I would prefer any day, a "Christian" bookstore that carried everything, including the works of those theological masters, Joel Osteen, Robert Tilton and "Dr." Mike Murdock, than I would one that sells only the "Approved" ones.  I trust Jesus enough that his spirit will guide me through any of that.

P.S. Peter Rollins is a Christian philosopher from Belfast.  I have some profound disagreements with him.  But surprise, I like him because he makes me think.  Here's a bit of his that I actually think is profound and brilliant...

Just for farts and giggles, here's a little Bobby Tilton fo ya...


It just gets better.

And last but not least...