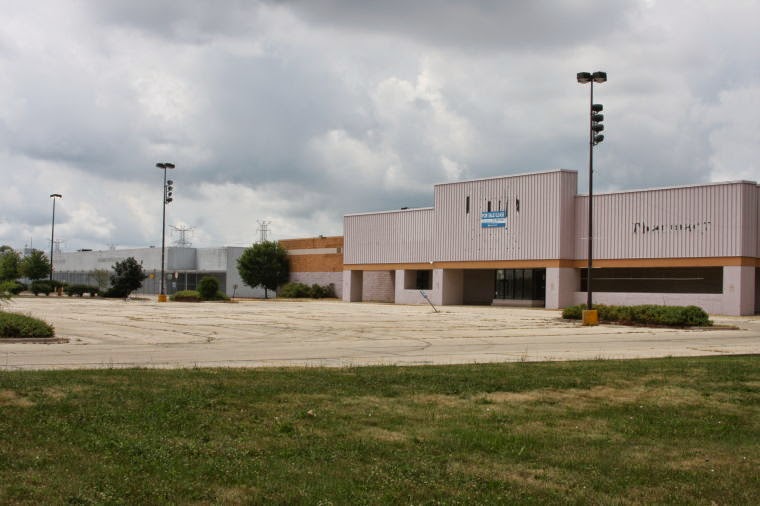 "The King will reply, 'Truly I tell you, whatever you did for the least of these of these brothers and sisters of mine, you did to me."
Matt. 25:40

"Now this was the sin of your sister Sodom: She and her daughters were arrogant, overfed and unconcerned; they did not help the poor and needy."
Ez. 16:49


A week ago today, I received one of the greatest compliments of my entire life.  I was politely asked by my former employer to shop somewhere else.  In other words, I have been un-officially banned from shopping at the Cub Foods store where I was employed until last July.  My crime?  "Recruiting."

As of last July, I found a job with Lakewinds Natural Foods.  http://www.lakewinds.com/  I had been flirting with the idea of getting a job there for a long time, and was routinely encouraged by others there to try and apply.  So I finally did.  Turns out, they are making me into a butcher.  I'll never get rich, but I'm happy.  The people I work with are great, fun and extremely knowledgeable.  The majority of customers are very nice and fun to work with.  PLUS, as a co-op, the way they treat their employees is AMAZING!

Let me give you some facts as a background, then I'll explain the main thrust of this post.

Cub Foods: The one I worked at is owned by Jerry's Enterprises as a franchise.  The rest are owned by Cub Corporate and Supervalue.

In 2008, our limp and flaccid joke of a Union signed a contract with the company.  We had a hiring freeze, a wage freeze and we all had to take a one week UN-paid vacation.  The week after the contract was signed, each store spent over $100,000 on camera systems to help spy on employees.  I should add that all of the department managers received their yearly bonuses, too.

In the past month or more, I found out that the company has been doing whatever they can to not provide health coverage for it's part-timers.  Two of them are friends of mine.  One has given over 20 years to that store.  The other is a young mother with two children who has worked there for 6-7 years. How did the store reward their loyalty?  They cut their hours so they didn't have to provide insurance.


I think the only word for something like that is DESPICABLE!


(Believe me, I could go on with many more true tales.  But for time sake...)


Lakewinds: A Co-op is a member owned business.  I wont bother going into all of the details, but if you want to know more about one, here's a handy little video...


There are three stores in our co-operative.  We sell "All-Natural" products, which means we wont knowingly sell anything that has nasty dyes, extra chemical crap and the like in them.  99% of all of our vegetables are organic, and so on.  You get the idea. (Don't mistake this for a health food store.  You can still buy 100% organic pop-tarts that will still make your butt big.) I also like it that co-ops support local farms and businesses.

Anyhoo, There is quarterly profit sharing for the workers, a very nice discount on products, benefits, generous holiday pay...even though we close early, anyway, on days like the 4th of July.  There is even a yearly co-op picnic in which they shut the stores down for everyone.

But better than that, the real kicker are the people.  I'm sure there are some jerks hiding somewhere, but thus far I have yet to meet someone who wasn't nice, interesting and so on.  It's hard to dislike a group like this.  Here's an odd one for you.  Our C.E.O. of sorts is named Dale.  On the days before Thanksgiving, he was in our store and others.  He spent more than a few hours back in our meat dept. slogging out turkeys and helping customers.  I will often see him bagging groceries for customers and bringing them out to their cars. (When was the last time you saw a C.E.O. do that?)  Best of all, he knows the name of every single worker in the stores.

So now that you have some perspective, you can understand why I began to preach the Gospel of Lakewinds to friends of mine who were stuck at Cub.  My old manager was always good to me, so I feel terrible that I may have hurt him.  However, I have friends that I care about.  I see them in a situation where they are being taken advantage of, not being allowed to thrive or progress, being treated like a bean to be counted instead of as a person.  I know a better place for them.  Do you think I'm NOT going to tell them??????


I believe in the "Free-Enterprise" system.  I think it is the most natural economic system for human beings, ever since a caveman told another that he would trade his tomatoes for the other guys beaver hide.  I'm not opposed to anyone being wealthy or a company being profitable.  However, it strikes me that there are moral and ethical ways of doing that, and there is also an evil way.

And then there is Walmart, Cub Foods and so on.  I think you can tell a lot about a place by the way it treats it's workers...the least of these.

There isn't much I can do to make a huge difference in the world.  But I'll do what I can.  If I helped a few of my friends get out of a bad situation and into a better one, great!  I can't say that I've ever "Stuck it to the Man," before.  But it feels pretty good.

If doing the right thing means that I'm asked to shop somewhere else, fine.  I'd do it again, and again...and again.  I can always buy toilet paper at Target.

P.S. Considering my deep feelings on this one, I thought this post was extremely mild.  :)
Posted by Joe at 11:44 AM