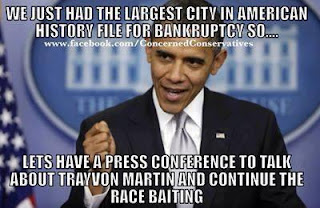 At first glance, that might be an odd verse considering the picture that it is next to.  But hang on.  Allow me to explain before I get going.

People say that they believe facts, figures, etc.  I don't think that is true.  Yes, we do hold to some facts that back up our presuppositions, but from a biblical perspective, all of us...including myself, tend to believe what ever our heart wants to believe. (Hey, I work with a Neo-Nazi.  No matter how much evidence you pile in front of him, he refuses to believe that the Holocaust ever happened..."But it should have," he'll say.  He's quite a charming fellow.)

We like to think that we are rational actors.  We like to think that we know what we know because of the evidence.  That little bit of pop psychology from the Psalms knocks that idea to the floor.  We believe what we want to believe.  And if the bible is correct, then the human heart is deceitful above all things.  We need to be very careful about what we think we know.

So the jury is in.  George Zimmerman was found not guilty of shooting Trayvon Martin.  Now that the trial is over, it would appear that the gloves are coming off.  Black people are screaming about rights being violated, and Zimmerman supporters are countering with their own spin. (And it certainly doesn't help when you have folks on either extreme stirring the pot.)

I got into a discussion about all of this the day after the verdict was in.  My take was a little different than what most folks want to talk about.  But the very fact that people don't want to talk about it this way is what truly bothers me.

But first, a story to illustrate the point I will make:
Last summer I drove to the post office to drop off some mail.  While there, I saw two "Crazy" people arguing in the street.  I was concerned about this, so I followed them and parked near by.  I then called 911 and told the contact person about the situation.  The dispatcher gave me instructions, and I waited for the cops to show up.

Oh, I guess I should elaborate.  Specifically, the dispatcher told me to stay in my car and not get involved.

I obeyed.  As a result, the cops showed up, the problem was solved.  No one got hurt.  Why?  Because I obeyed the dispatcher.

I guess we'll never know who started the fight that got Trayvon killed.  What I do know is this; When Zimmerman called 911, the dispatcher told him not to get involved...just like they did with me last summer.  George decided not to listen.  Now, a boy is dead and George will have this haunt him until the day he dies.  And all of this because George decided not to listen to the dispatcher. (Hey, what he did wasn't illegal...but it was pretty damn stupid.)

And in it's purest form, that is what I see this to be all about.  A disregard for authority and a willfulness  to do what you want to do.

Americans.  We love our "Rights."  We hate our "Responsibilities."

Anytime someone tries to hold us accountable, we scream about our rights being violated.

"Listen, Porky.  You can't buy a 2 gallon soda because your weight and diabetes is costing our health care system to much."

"Hey Moron!  From now on you have to wear a helmet when you ride your crotch rocket."

"You're a communist taking away my rights!"

"Listen Mr. Zimmerman.  Stay in your car, do not get involved.  The police will be there shortly."


So this morning, a friend of mine posted the above picture.  He, like many others has a hatred of President Obama that is not based on logic.  It is based on the heart.  Now I should state for the record that I have done this too.  Back in the day, I hated President Clinton.  I had no logical reason to hate him.  I just did so because that is what a good Republican was supposed to do.  We hated him because he was not on our side.

I have since distanced myself from any political ideology because I am convinced that none of them have the interests of Jesus at their core.  At any given time one party may be a little more Christ-like than the other.  But none of them are perfect, and I'm fine with that.

What I find most interesting about the whole Zimmerman case is the aspect of "Race."  Personally, I do not believe in "Race."  You wont find our concept of it in the bible.  There are not separate species of humans.  There are only humans.

That having been said, there are various ethnic groups.  My ethnic group happens to be American, mid-west Minnesotan, Scandinavian, Suburban white male. (I doubt that I'll have a race card to play any time soon.)

The other day, the President made some remarks about the Trayvon Martin case.  Naturally, he comes at this issue as a black man growing up in America. (Or as a secret Muslim from Kenya as many weirdos want to believe.)
http://m.whitehouse.gov/the-press-office/2013/07/19/remarks-president-trayvon-martin

Apparently, according to some, this was "Race Baiting."  I really don't understand how that could be the case.  I also do not understand how that links up with decades of terrible management by the mayors and city councilpeople of Detroit, as the above picture would imply.

The fact is that racism is one of the great sins of America.  And it will be around to haunt us for a long time.  The other sad fact is that very few people want to talk about it, unless it is to call each other names.

Personally, I do not see one shred of evidence that George Zimmerman did what he did out of racial animosity.  Maybe he did "Profile" Trayvon, but it didn't help that, according to the police, the burglaries that had been committed in that neighborhood were done by young, black men. (Was George supposed to be keeping an eye out for Asian females?) And it would have helped if people like Jesse Jackson and Al Sharpton had been down there earlier telling them to knock that off.

But I also understand that I come at this perspective from a white man's view.

I found it very refreshing to hear what the President had to say.

Odds are that I will have disagreements with many African Americans on this subject.  But it would be nice to sit down and talk.

This country needs a massive dose of repentance.

It would also be nice if we actually believed in personal responsibility and did what we were told by a police dispatcher.