The Incarnation of a Foot Washer 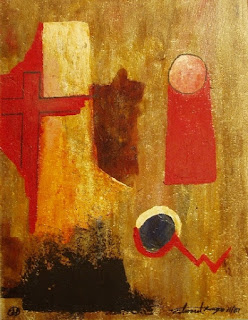 The Word was first, the Word present to God, God present to the Word.  The Word was God, in readiness for God from day one.  Everything was created through him; nothing-not one thing!-came into existence without him...The Word became flesh and moved into our neighborhood.
John 1:1-3 & 14 (Message Bible)


Emmanuel = "God with us."  OR, the literal word-for-word translation is "With us, God."

Your attitude should be the same as that of Christ Jesus: who, being in very nature God, did not consider equality with God something to be grasped, but made himself nothing; taking the very nature of a servant being made in human likeness.
Phil. 2:5-7


Would you like to know how to get yourself punched if you ever visit the Middle East?  Call someone "Zift."  It means "Tar," like the stuff on the roadways.  It's quite the insult.  You can also show someone the bottom of your foot or shoe.  It's the equivalent of giving someone the Finger over there. (You may recall the Iraqis throwing shoes at the statue of Saddam Hussein or the fellow who whipped one at George Bush.)

Then you might ask why that word, or shoes for that matter, are such a big deal.  Well, consider that down through the centuries over there, what was on the roads that everyone walked on?  You were in your sandals most likely, your feet were getting sweaty and stinky, and you were probably stepping in camel and donkey poo to boot.  Not to mention everything else that can get between your toes and so on.  So, that part of the body and those associated with it were considered, and still are to this day, rather nasty and disgusting.

So flash backwards to John 13.

"Jesus knew that the Father had put him in complete charge of everything, that he came from God and was on his way back to God.  So he got up from the supper table, set aside his robe, and put on an apron.  The he poured water into a basin and began to wash the feet of the disciples, drying them with his apron.  When he got to Simon Peter, Peter said, "Master, you wash my feet?!?!"


That was the job of the lowest servant back in those days.

Jesus claimed to be God.  Scripture describes him as the visible image of God, since our fleshy eyeballs cannot see God the Spirit.  Jesus never asked use to fully comprehend or understand how God could be 100% divine and 100% human at the same time.  He just asked us to trust him on this one. (And a few others.) It certainly confuses me, but then again, I have trouble balancing my checkbook every month.

So here is God in the flesh in the First century equivalent of his boxers and an apron down on his knees washing the nasty, stinky feet of the world's classic "B Team," (And that's being generous.) including one about to stab him in the back.  That's a bit much to comprehend, the Lord of creation at our feet.

Yet, we often treat him exactly like that.  We expect God to do our bidding, for our glory, because he said that he loves us.  We so often feel entitled.

I was reading in the Indeed devotional this morning, and it compares the Philippians 2 passages with this scene from John's Gospel.  Jesus left his glory and the glory of heaven to wash our feet.  He felt no need to cling and grasp all that was rightfully his, but instead essentially humiliated himself on our behalf.  If you really pause to think about that it becomes harder and harder to take in and understand.

I like it that Jesus, being a tad more clever than the rest of us, knew that comprehending such a thing would be a bit difficult.  Peter, who had a bigger mouth than me, got all worked up over Jesus washing his feet and insisted on the full package.  I can picture Jesus simply sighing and smiling back as he said, "You don't understand now what I am doing, but it will be clear enough to you later."


Advent began yesterday, the Christmas season.  Actually, the unholy pagan version began the Friday after Thanksgiving. (In many cases, Thanksgiving night.) When we are not at the mall looking for bargains, or are hoping to catch so-and-so under the mistletoe, we might want to take a step back and consider what Im-anu-El, God becoming flesh, and the example he set and calls us to follow, entails.

It is difficult to comprehend and could use a good deal of meditation.  Perhaps for this Christmas I should just wash everyone's feet.

And now, one of my all time favorites.