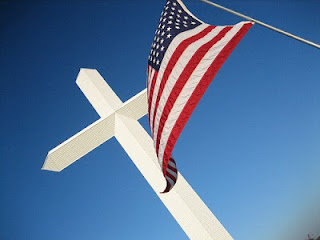 "My kingdom," said Jesus, "doesn't consist of what you see around you.  If it did, my followers would fight so that I wouldn't be handed over to the Jews.  But I'm not that kind of king, not the world's kind of king."
John 18:36 (Message Bible)

He pressed them, "And how about you?  Who do you say I am?"  Simon Peter said, "You're the Christ, the Messiah, the Son of the living God."

Jesus came back, "God bless you, Simon, son of Jonah!  You didn't get that answer out of books or from teachers.  My Father in heaven, God himself, let you in on this secret of who I really am.  And now I am going to tell you who you are, really are.  You are Peter, a rock.  This is the rock on which I will put together my church, a church so expansive with energy that not even the gates of hell will be able to keep in out."
Matt. 16:15-18 (Message Bible)

So this past Saturday I went back down to the hospital to see my friends.  Everything seems to be going okay, in case you were interested.  On my way out, my friend who is a psychiatric nurse came with me so we could pick each other's brains.  He asked me a question that caught me off guard and caused me to have to think for a bit. (There is no smoking in hospitals, so I was worried that my attempt at thinking might set off an alarm.)

My friend asked me, "So what is it that you DO like about the American church?"  It forced me to stand there for a few minutes to come up with an answer.


You may have noticed that this is something I complain about a lot.

It's true, I do complain about it a lot.  But as I have been given more time to think about it, I think I have begun to distinguish something very important.  There is the "Church" in America, and then there is the "American Church," and the difference between the two is striking.  Unfortunately, they often overlap, but there is still a difference.

It's the American Church that I have the beef with.  I say this because it is uniquely American, or "Americanized."  This is the part where the church gets co-opted by the culture at large until it is mere folk religion, and barely distinguishable from the culture at large.

Examples: The Americanized Church.
- If you see Jesus flying an F-16 across an American flag.
- If you view our nation's geo-political wars around the globe as "Christians VS. Muslims, Communism, etc."
- If you hear simplistic politics as black & white "Christian VS. Evil, secular, blah, blah, blah."
- If you see a Jesus fish with an American flag as it's background.
- If you here someone say, "Of course I'm a christian.  I was born in America."
- If you see pictures of Jesus holding the Constitution.
- If you hear people says things like, "We should invade their countries, kill their leaders, and convert them to Christianity." (Ann Coulter.  9/13/01)
- If you hear people call themselves "Pro-Life" but then say it is not the government's job, only private charities, to help the poor because Jesus said "The poor you will always have with you."
- If you hear people say that "Jesus loved everyone no matter what, so sleep with who ever you want and don't judge."

These are all signs of a church that has been co-opted by the culture.  I don't understand how you could read through the Gospels and walk away saying any of the above.

I had breakfast with some of the guys from Living Waters Friday morning.  One of them said to me that America had been set up on biblical principles.  I didn't over-react like I normally would.  In fact, I really didn't say anything.  It was just too early in the morning to get worked up.

The truth is that you could only say & believe that if you thought that the Enlightenment was biblically based and that the Unitarianism/Deism of the majority of the Founders was orthodox christianity.  But this is another example of Folk Religion and mythology creeping in.

These are all signs of a church body that lives in this country, but knows that it is bigger than this county.

Gates on cities were designed to keep people out.  Jesus said that the gates of hell would crumble before the church.  The church is not a wimp.  The church will smash those gates and the kingdom will reign supreme.  That is the power of Jesus.  And it looks nothing like the powers of this world.