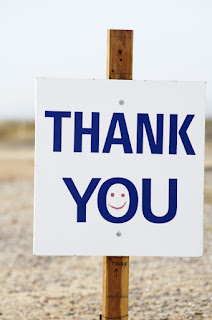 Therefore, since we are receiving a kingdom that cannot be shaken, let us be thankful, and so worship God acceptably with reverence and awe, for our God is a consuming fire.
Heb. 12:28


So my buddy, Tom, started a "30 Day of Thankfulness" for this month.  He talked to me at Living Waters this morning, and I thought I would jump on the bandwagon.  Disciplining myself spiritually has never been the easiest job, but I thought that something like this might be a step in the right direction.

Thanksgiving tends to be my favorite holiday because it forces the spoiled brat known as America to sit still for a moment and hopefully recall all of the good things we have going our way.  Obviously, I am starting this on the third day in for the month, so I'll just make up for a little lost time.

I don't write in my blog as much as I used to because my free time is taken up with another writing project.  I figured that this would be a good way to keep up on the blog each day with a little blurb, AND it would help me focus on my blessings instead of grumping about where I am NOT at yet.

Before I get going, some info fo ya: The book I am working on is titled "Jesus in Minnesota."  It all took place this past Spring and Summer...and maybe into the Autumn.  I'm not sure yet because I'm obviously not finished.  I have 5 chapters out of a assumed 10 written.  The first two have had their initial edit, and I hope to finish them this Tuesday. (I would like to add some illustration, but we'll have to see about that.)

The premise of the book is in three parts.  It is part Minnesota history & trivia, part biblical/theological discussion with Jesus, and finally a road trip comedy with Jesus and I driving around Minnesota.  The actual dates when these interactions occurred are in there, along with endnotes that explain stuff.  Thus far, everyone who has had a peek has liked it and found it pretty funny. (Fingers crossed that this continues.) Once the first four chapters are complete, we will release it on Amazon in sections of two.  99 cents ain't a bad deal for some entertainment and biblical brain picking.

If I'm really lucky, I'll irritate some hyper-Fundies on the Right, and some squishy theological Liberals on the other side.  A good, old fashioned denouncement as a Heretic makes for excellent free advertising.


On to the thankfulness stuff.


By in large, I HATE my job.  I wont bother to tell you exactly what I do, but suffice it to say that it is largely thankless.  I work in a grocery store that must be affiliated with Vampires, because it seems to suck the life out of you.  I have been saying recently that this job does not make me want to drink, it makes me want to abuse heroin.


That having been said, I am very thankful for my job.

About two weeks ago, Hellen, who is my little, elderly ray of sunshine, came up to me in the gym to tell me that she had been praying for me.  As such, she told me that God told her to tell me that he was going to test my patience. (Yeah, funny, I know.) That rather confirmed something I had been feeling for a long time.

So God wants me to learn something in all of this.  Fair enough.  I don't have to love where I am at to see God doing his thing.  He has me there form a reason, or reasons.  Some I understand now, some maybe later, some maybe never.  But I do not need to understand all of his purposes to trust him.
I am thankful because I even have a job.  It gives me very good health care.  I am thankful for that.  I could have it so much worse.  I need to remember that and be grateful for what I have.


I am thankful for the people I see every Sunday at Living Waters.  It is the first church body that I have ever felt comfortable being open about my mess.  I like these people because they have embraced their messes, too.

Today I got to thank a friend named Torrion for being a good father.  I think I know more single mothers than married ones, and that's not a healthy state of being for anyone involved.  Sometimes, it just hurts me to see some of the messed up families out there.  You see parents who never should have been for all sorts of reasons.  I am thankful for seeing a parent like Torrion being a good dad to his kids.


Finally, and this one is rather shallow, yet still very much appreciated, I made every single green light on the way to work today. (WOO HOO!) Yeah, I know that sounds shallow.  So what?  Almost every time I drive to work, there is some door nob texting while driving, or just generally being distracted.  Plus, the stretch I have to drive has three lights in a row that are virtually impossible to make at the same time.  Today I made them. (Listen, I'll take any little victory I can get.)


So there you have it.  I am thankful for my job, the folks at my church, and for making every green light today.  That pretty much covers the gammit.