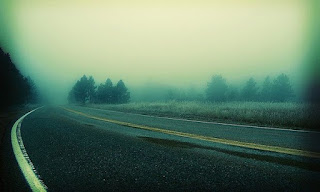 I can't say that there will be anything of significant  substance to this post.  More of an observation and memorial I suppose.

I spent all day Friday out at our families' cabin enjoying the absolutely perfect weather.  I didn't get any fishing in, but that wasn't the point.  It was just nice to be out there.  If I spend even an hour out there it is such a mental break that it feels like days.

I even got to have a fire in the fireplace, which is rare for August.

I got quite a bit of writing done.  That was the main point of going in the first place.  I'm thinking of doing it again tomorrow, since Monday will be my day off again. (I HATE Monday nights at my store. Chronically understaffed and the busiest night of the week thanks to a particular sale on that day.)

Anyway, I got a lot of writing done at the cabin.  Not for the blog, obviously, but so be it.  To catch anyone who might be remotely curious up, I'm working on an E-book.  I keep saying that it will be ready by the end of the summer, but I am mostly full of it.  With any luck though, I will be able to get the first section of it out by the early Autumn.


I figure, what have I got to lose?

Maybe it will suck.  Maybe it will be good.  I dunno.  The folks who have looked at it so far have said they like it.  I hope they aren't simply being polite.  I would just like to make a little extra money to help pay some bills.

I will say this; it takes up most of my spare time...which is why the blog has been sparse.  But it is also a blast to work on.  I'm a procrastinator, so it takes plenty of willpower to sit down and start writing on it.  But once I start, I have so much fun.  Plus, it's also FUNNY...if I do say so myself. (Which I do.)


Anyway, in the midst of enjoying the cabin, I heard some bad news.  The writer, humorist, playwright, etc., David Rakoff died on Friday.  If you are a fan of This American Life, like I am, you would know who he is.  He's not super famous, or anything like that...just mildly, I guess.  I liked a lot of his stuff anyway.

http://www.thisamericanlife.org/  <--- If you want more on that show. 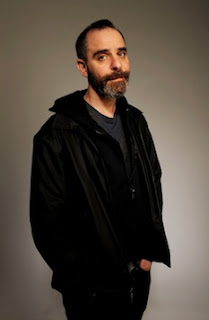 Oddly enough, I'd never even known what Rakoff looked like.  I've heard him do his thing on the show, and speak in interviews, but I've never seen him in person, or on the TV.  However, a few months ago, This American Life did a show that was beamed directly to movie theaters from a live performance they were giving. (No, I didn't see that either.)

At the announcement of his death, Ira Glass, the host of the show, put out an announcement with condolences.  He then put out a piece from that show on YouTube.  I didn't get a chance to watch it until this morning.

David Rakoff died from a malignant tumor in his shoulder.  The tumor was the result of the treatment for an earlier cancer that he had in his twenties.  Hearing him talk about it, he was incredibly generous and appeared to not be the least bit bitter. (Not sure I could do that, and hope I never have to find out.)

The most bizarre thing about his death was that he predicted the month he would die in...and he was right.


Anyway, at the show that they did for the movie theaters, Rakoff came out and read an essay about the loss of his arm.  The arm is still there, but all nerves and muscle use are gone.  So it simply hangs there like a dead weight.  You'll see in the video that he simply stuffs it into his pocket.

Rakoff loved to dance.  Losing the use of his arm put a crimp in that.  However, it is interesting to note how the human spirit, once engaged, is often extremely resilient.  What happens in this clip was not planed by the producers.  It was spontaneous.


Interesting and touching, to say the least.


We often simply choose to ignore it.


This morning I was listening to an interview with Rosanne Cash.  She said that in the last month of her father's life, she used to read from the Psalms to him everyday.  She said that this was where she got the opening line to this song from.