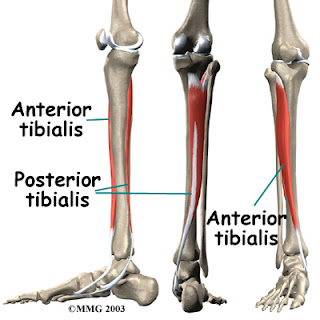 "Here comes that dreamer!" they said to each other.  "Come now, let's kill him and throw him into one of these cisterns and say that a ferocious animal devoured him.  Then we'll see what comes of his dreams."
Gen. 37:19 & 20


So anyway, I know I haven't written anything in a few weeks.  Sorry about that.  I have been writing, just not for the blog.  I'm working on a series of short stories that I hope (Multiple fingers crossed) to get self-published.

Something amusing happened to me this afternoon, and I figured it was worthy of sharing.


I drove out to the cabin today to enjoy my day off. (Which I am.) We have no air conditioning out here, which can be a total poop.  We have fans, but that only gets you so far.  This has been a particularly hot summer in Minnesota, and we tend to be pretty muggy in this season anyway.  So I make it out here and decide to take a nap.

My dog, Rika, is apparently starved for attention.  She can't seem to resist coming into the room and poking me with her nose, or her stuffed Ducky.  Sometimes she will just lean against the bed and wag her tail, which causes the whole bed to move.  Not bad for a Vizsla.

For the record, she has plenty of toys.  Her Ducky is her favorite.  However, she now has a large stuffed cow that will moo and make other VERY loud noises that often freak her out.  She also appreciates the finer points of a toilet paper tube or empty plastic bottle.

Anyway, in between being poked by the dog, I drifted in and out of sleep.  During that entire time I kept having the same dream.  But in this case it was an Audio dream.  I didn't see a thing.  I only heard the same song play over and over again.  That's only happened to me once before...to my memory.  When I was about 12 I dreamt the entire version of Strauss's Blue Danube Waltz. (Yeah, weird.)

BTW: Rika keeps coming over and putting her head in my lap as I try to write this.

OK, so I have this audio dream, right?  I have no idea what this must say about me.  My proper name is Joseph, so I suppose it is inevitable that I should have some funky dreams.  I just hope I don't end up in Egypt as a result.  The thing is, I have only heard this song twice in my entire life...two times.  So what are the odds????

Anyway, here is the song from my dream...


And just in case you needed it, here's a live version...


I didn't have the live version playing in my head.  Nor did I see the album cover.


So I woke up giggling about this.  Seriously, what would Sigmund Freud think of such a dream?  I haven't the foggiest idea.

Honestly, I wish I could do something like this more often.  I could use a good Brandi Carlile as I drift off, and maybe some Ramones as I wake up.

I don't know a great deal about the band, The Shins.  A while back, I heard an interview with James Mercer, the main guy in the band.  I thought he was pretty clever.  Guess I'll have to do a little digging.

Anyway, just thought I would share this oddity on this muggy evening.

P.S. I do know one other of their songs, and I like it a lot.  Plus the video is pretty cool.  Here it is.

Also, to prove that The Shins do have a sense of humor...