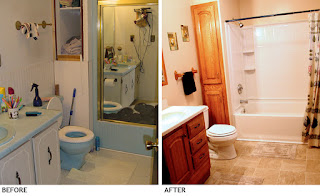 I tried, but I could not find a way.
Looking back, all I did was look away.
Next time is the best time we all know.
But if there is no next time, where to go?


Therefore, I urge you, brothers, in light of God's mercy, to offer your bodies as living sacrifices, holy and pleasing to God --- this is your spiritual act of worship.  Do not conform and longer to the pattern of this world, but be transformed by the renewing of your mind.
Romans 12:1 & 2


Create in me a pure heart, O God, and renew a steadfast spirit within me.  Do not cast me from your presence or take your Holy Spirit from me.  Restore to me the joy of your salvation and grant me a willing spirit to sustain me.
Psalm 51: 10-12


So I made it all the way out to my families' cabin and realized that I had left my tortilla chips back home on the counter.  Curses!  Vexed am I above all men.

Thankfully Annandale was close by and had a grocery store.

What is it about being out in nature, by a lake, on the water, what have you, that causes me to chill out so?  Is it that God is simply a better architect than Man?  We can build some very cool structures, but forest seems to put that to shame.  Most readers may have noticed by now that I love all types of music, but it's hard to beat hearing a Loon call.

So here I am for a few days.  The internet is slow, but so is the pace.


Say what you will about the Patriarch Jacob.  He was no hero or roll-model.  However, he did have one semi-redeeming characteristic that served him well.  He was no quitter.  From the moment he was born he was in some type of conflict...pretty much all of them bad AND his doing.  But he never quit.

The only reason I say that it was semi-redeeming was the fateful night that YHWH assaults him in the dark and they wrestle until sunrise.  God tells Jacob to let him go because the sun was coming up.  Jacob refuses saying "Not until you bless me."

God asks Jacob, "What is your name?"  Which is odd because God generally knows the average person's name.

And it is at Jacob's admission that God changes his name to Israel, which means "You have struggled with God and with men and have prevailed."

Jacob got a new name, a new limp and a new understanding.


I am trying to unwind from the past few months of stress.  I have come to the cabin to read, write, think and fish.  I have also come to try and reprioritize my life.  I am a creature of habit.  Many of my habits are bad.  Most of them are very selfish.

My habits and rituals generally give me immediate satisfaction.  Most of them can make me very comfortable.  I could probably keep up most of them the rest of my life and be quite "satisfied."  I doubt any of them would make me feel particularly fulfilled.


I know more than a few people who have much more than I do in the "Creature Comforts" department.  I know many people who will always have the various material pleasures that I will never have access to.  I really do not care too much about that sort of thing.  So that isn't much of an issue for me.


But that doesn't mean that I am satisfied.

In Philippians, Paul is writing from a jail cell.  Considering his circumstances, it is probably the most upbeat, happy letter you could read.  But in it he expresses an optimistic dissatisfaction.

In the third chapter he uses the line, "I want to be found in him." (I.e. Jesus)

Then he writes; "I want to know Christ and the power of his resurrection and the fellowship of sharing in his sufferings, becoming like him in his death, and so, somehow, to attain to the resurrection from the dead." (3:10 & 11)

That's some strange stuff coming from a guy who knew beyond a shadow of a doubt that he was saved and would spend eternity with Jesus.  But I think Paul may have been on to something there.  Something deeper than head-knowledge and cognitive understanding of the truth of Christ.  I think he was hungry.

The problem is that I do not really mean that last line I wrote.  I wish I did, but if I have to be truthful and name my own name, admitting who I really am, like Jacob did, then the only truth I can muster at this point is that I am simply not ready.


Remember those selfish habits I mentioned?
Yeah, they are still there.
That willfulness.

I still want to be God.


So here I am at the cabin trying to name them.  Trying to sort through them.  Trying to sort through me.  And in writing any of this I have to admit to my own arrogance, because "I" am the one trying to do all the work.  Honestly, I will ask God every day to remove certain temptations, thoughts, habits, etc. from me, and then to insert knew ones, but I really think that maybe it is I who refuses to trust him.


I dunno.  As you can see, I am still trying to process a large load.

Over the next day or so, I guess all I really want to do is two things.  In my readily admitted fleshy weakness, I would just like to shut up and listen.

The second thing I would like to do is work up a list, sort of a daily to-do list with specific times for them.  Example: Awaken at 6:30AM = 15 minutes prayer/meditation, 6:45AM = read a Psalm, etc.

I am a creature of habit, so this could be a very good thing if I could fall into step with something like this.  However, I would wager that I'm not the only one reading this that would notice how easily this could become a "Religious" formula.  I could pat myself on the back for being a good boy, while Jesus stays over on the shelf.


I have no answer for this.
I'm just kind of sitting here staring blankly as I type.


Father, please, remake me.  Remodel me.
Create in me a clean heart.  Give me a willing spirit to sustain me
...and help me to shut up and just listen,
because I really could talk, talk, talk, talk myself to death.