The simplicity of Jesus 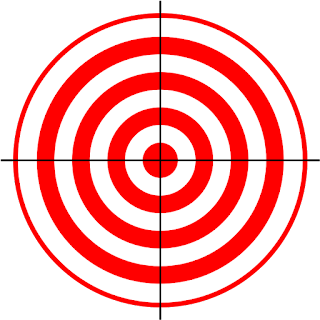 "I am the way and the truth and the life.  No one comes to the Father except through me."
John 14:6


"Salvation is found in no one else, for there is no other name under heaven given to men by which we must be saved."
Acts 4:12


About a week ago I was talking to a friend who was having troubles with the whole "Christian" thing.  There are issues that many christians bring up that bug him in one way or the other.

There is plenty of stuff that christians bring up that bug me a lot, too.  Honestly, a good deal of what we seem to spend so much energy on are simply not issues of day-to-day faith...if they are issues at all.

So I told my friend to "Stick with Jesus, then work your way out from there."

That has become my answer more and more for almost all the stuff that seems to worry Americanized "Christians."  Just stick with Jesus...work your way out from there.  I find that to be an incredibly satisfying answer.  It seems to drive some people nuts, but it works for me.  And it really is that simple.


A few weeks ago, Pastor Scott asked me about how I viewed dinosaurs Adam & Eve and all that Genesis stuff.  He leans a little more towards a literal interpretation generally speaking.  I lean towards the three different creation stories (And I do mean different...because they are.) as being parables & poetry.

I told him that in the long run I really don't worry much about that debate.  I just stick with the reality of Jesus.  He is the center.  He is what matters.


Think of it like this: Any & everything about Christianity rises or falls on Jesus being who he claimed to be, the visible image of the invisible God, that he was crucified & resurrected in his bodily form, that he ascended into heaven, and that he will come back someday, and that he insists that you offer him your broken & contrite heart so that he can be both your savior AND your Lord/Master because he is the only, only, only way to salvation.

It also helps that scores of eyewitnesses saw all of that and were willing to, and often did, pay with their lives to testify to that.

It's really that plain and simple.  That is Christianity in a nut shell.

And now for my awesome analogy!
SO, if you think of the church, body of Christ, etc. as being like a target, Jesus has to be dead center.  Pull him out and everything else falls apart.  He is central, period!  (Insert my paragraph from above in here if you are confused.) Then you can get to the other issues.


I would argue that basic orthodoxy would be the second ring after Jesus.  The creeds of the early church, like the Nicene & Apostles Creeds, offer excellent summaries of what historic, orthodox christianity has believed and taught for almost 2000 years now, and they obviously compliment our understanding of Jesus.


Personally, I would look to issues of personal piety as being the third ring.  I mean, if you really believe that Jesus is who he said he was, and have committed your life to following him, then living a life that is pleasing to him out of love & gratitude really ought to be up there...even before other theological issues.  That would include everything from how you love your neighbor, show mercy towards others, interact with almost everything in this world as the salt & light that you were called to be, etc.

In truth, this area is so massive that it could keep you discussing it's issues for ages...and maybe that is why we so often seem to skip it to get to other rings.  Most of the time you work using principles, not solid rules.  The bible doesn't speak much about how you change the oil on your car.  However, showing respect to God's creation implies that you do not dump it in the river.

Most of the time these principles are pretty clear, they are just difficult to live into.  Let's say you have a colleague at your job who is a raging "A** hole," (Bet you might know one or two folks like that.) how do you show love and mercy to that person?  The insistence of Jesus that you do show love is absolute, but it's very hard to do...and often confusing.


I would say that some deeper theological issues come about the 4th ring.  Issues like what all that sanctification stuff is comes into play around here.

But now comes the fun part.  We are already at the 4th ring on that target.  That is three levels removed from the central importance of Jesus.  So now we come to level 5, and that would be the area of doctrines such as Predestination vs. Free-will, Eschatology, etc. (For those not in the know, "Eschatology" is the study of "End Times" stuff.  You get some great ideas for movies with this area.)


I find it absolutely fascinating that there are churches out there that have their entire ministry built on Eschatology.  That goofy Rev. John Hagee spends all of his time and preaching on essentially the book of Revelation. (When he isn't praying for the U.S., England & Israel to bomb Iran.) Or you get that sad old man Harold Camping, spending time and money worrying about when the Rapture might occur.

I'm not sure how any of that helps me live in love towards some of the folks I know who are trapped in some truly horrible sins.

Also, and this is not to pick on the Young, Restless and Retarded...I mean Reformed!  But since they like to slap around everyone else, I would like to point out that the church existed for 1600 years before Calvin got that ball rolling.  Seriously, it's a great debate over coffee, but other than that...

I desperately need to love some very unlovable people at that school I am working at.  I simply do not have the time or energy for silly philosophical/theological debates that really don't mean all that much.  Especially when flawed human reasoning always worms its way into those mixes.


Yet we love to run to those 5th, 6th, 7th et al issues.  Maybe we are just trying to show how religious we are by doing so.  So for all intents & purposes, we look at that target and rarely aim for the center, the bull's eye.  We seem to think that hitting the other rings are good enough.

Sure.  Ignore the words of Jesus in his Sermon on the Mount.  Ignore his interactions with the most marginalized members of society.  Ignore his calls to sexual purity, for not looking at others as simply a sex object.  Ignore the fact that he had furious concern for the poor.  Also, be sure to ignore the fact that he seemed to get the most worked up over people who thought they had God all figured out and could put him in their pockets.

It's much more important to get all bent out of shape over the need to speak in tongues...or that this gift is no longer "Dispensed."  Obviously, making sure that Adam & Eve road dinosaurs in the garden like Fred Flinstone is central to the faith.  And let us not forget that the debate over the rapture being pre, mid or post-tribulation is a must...especially if you have books to sell.  Finally, how could you possibly call yourself a Christian if you do not subscribe to the newest theology that is all the rage?

I think I'll just stick with Jesus and let him worry about that stuff.

It seems so easy to take our eyes off the prize and get lost in lesser things.  I highly doubt that I am overstating it when I say that Jesus is the center of everything.  Ultimately he is all that matters.  You lose him, what have you got?  When we keep him in the center of our target, everything falls so easily into place.  I think that we might resist that because it means our giving up control...which is what he wants, too.

Turn your eyes upon Jesus.
Look full in his wonderful face.
And the things of earth will grow strangely dim
in the light of his glory and grace.

I love those lines from that song, so I suppose it wouldn't be right to end my post with out it.

P.S.  As an added bonus, for those who need a little pick me up after such a relaxing hymn, I now offer a musical commentary on Paul's letter to the church in Galatia.