Fred, and that bad taste in your mouth. 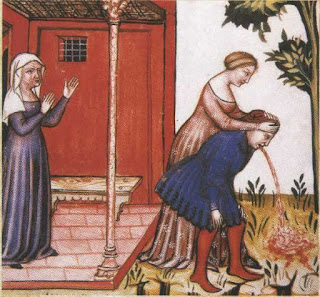 Dear friends, do not be surprised at the painful trial you are suffering, as though something strange were happening to you. But rejoice that you are participating in the sufferings of Christ, so that you may be overjoyed when his glory is revealed.
1 Pete 4:12 & 13
Consider it pure joy, my brothers, whenever you face trials of many kinds, because you know that the testing of your faith develops perseverance. Perseverance must finish its work so that you may be mature and complete, not lacking anything.
James 1:2 & 3
I am in such a great mood. I really am. And I am not %100 certain as to why this would be the case. It could be because that the sun is incredibly beautiful today. I am highly affected by the weather. It could also be that my mildly manic-depressive brain is in one of it's manic phases. I'm certain that these things could all be playing a roll in why I feel so good.
But I also feel that something else is at work, and it has little to do with me, per say.
If Paul is correct in Ephesians 6, where he states that a Believer doesn't fight against the "Flesh" so much, but really it is a battle with the dark & evil forces of the spirit world, then I have been in one for about two weeks now. I realized something yesterday, and gained an even fuller understanding of it today. I believe that this is what is affecting my mood.
____________________
Allow me to introduce you to Fred.
Fred is the name of whatever it is that can come over me and tempt me. Fred likes to remind me of what a loser I am. Fred likes to pile on the guilt and shame for every single stupid thing I have ever done...even going back to early childhood. Fred is also very adept at finding my weak spots and providing me with new temptations. Fred will try to feed me with negative thoughts, temptations, distractions, etc., etc. If it is true that Satan can send one of his little buddies down to attack those who follow Jesus, then Fred is the one who has been assigned to me. I know when Fred is around, yet he is amazingly fast and can ambush me in a split second. (My sister and I gave Fred his name a while ago over lunch. It seemed like an appropriate name at the time.)
Fred has been very busy these past two weeks. 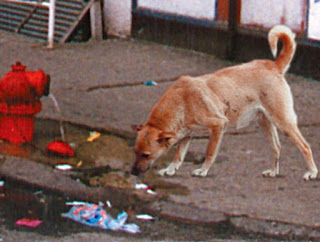