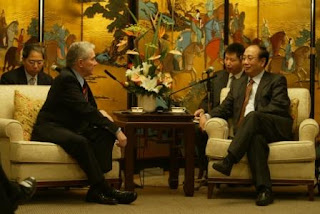 Paul then stood up in the meeting at Mars Hill and said: "Men of Athens! I see in every way that you are religious. For as I walked around and looked carefully at your objects of worship, I even found an altar with this inscription: TO AN UNKOWN GOD. Now what you worship as something unknown I am going to proclaim to you." Acts 17:22 & 23
I planted the seed, Apollos watered it, but God made it grow. So neither he who plants nor he who waters is anything, but only God who makes things grow.
1 Cor. 3:6 & 7
"Chickity China, the Chinese chicken. Have a drum stick and your brains stops tickin'."
Barenaked Ladies
I inhaled a book the other day. Actually, to be fair I haven't totally finished it. But I did burn through most of it in about an hour. It's not that the book was tiny. It is over 140 pages. It's just that I found it so enjoyable and easy.
The book is "A Friendly Dialogue between an Atheist and a Christian," by Luis Palau and Zhao Qizheng. Essentially it is the transcripts of a public discussion they had a few years back. For those who don't know, Luis Palau is a Argentinian Evangelist now based primarily in the U.S. (The new Billy Graham in many respects) and Qizheng is a scientist and Chinese diplomat.
I won't bother going into detail about all that they spoke of, or the interesting cultural nuances that they touched on. Suffice it to say that the concepts of spirituality, Atheism & religion are very different in China as compared to those in the Western world. (I did find it all rather fascinating.) If you are curious for more information you can click here. http://www.christianpost.com/news/interview-luis-palau-on-a-friendly-dialogue-between-a-christian-and-an-atheist-31282/
The main reason I enjoyed this book was that I found it so completely refreshing to hear two adults with different view points behave like adults, interact like adults, and speak WITH, instead of AT, each other like adults. It truly was a civil and respectful discussion to understand each other's perspectives from a position of mutual respect. I suppose the reason that hit me so hard is that this type of dialogue is simply not the norm these days. That is such a pity!
Far too often, what passes for "Evangelism" in the U.S. runs something along the following lines... 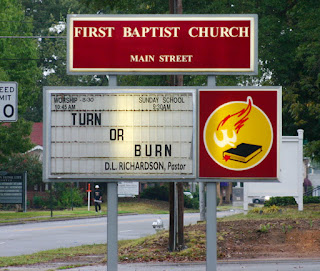 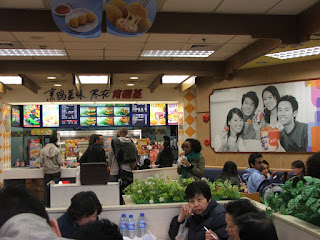 By far the most popular fast-food place in China. Good ol' KFC. I never got the chance to eat in one of their Pizza Huts, but I know that in most Asian cultures cheese is kind of an oddity.
#2. Nummy! 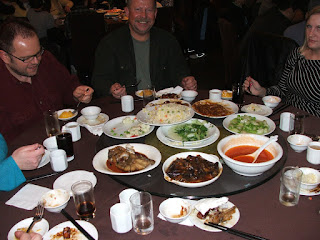 Our school group was treated to some of the best chow I've ever had. It's next to impossible to get good stuff like that here.
#3. "You Blockhead!" 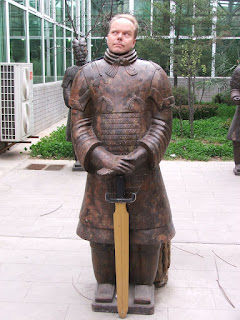 Personally, I think I look good in clay
#4. Ethnic minorities and musical police. 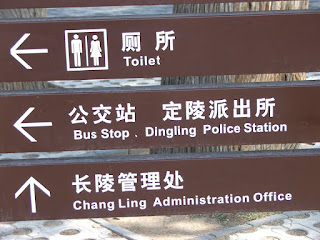 <--- It's good to know that the Chinese tourist ministry caters to shape-shifters.
#5. Terracotta warriors & Tourists. 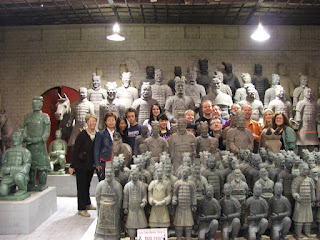 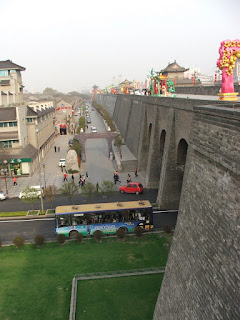 The old Imperial City. With walls so think and wide, you can drive cars around on them. Hence the need to drive busses and traffic through them.
#7. Lost in translation, Part 1. 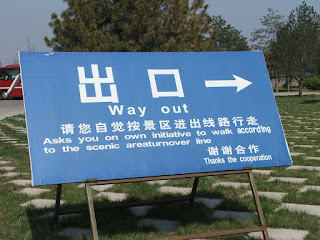 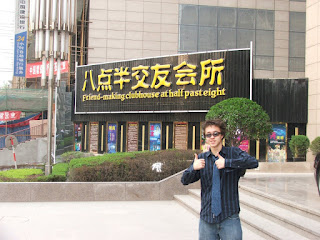 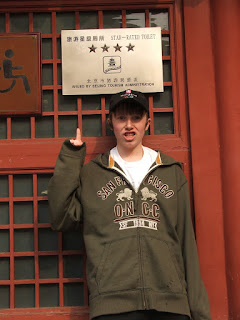 Yes, they rate them over there. (Something we might wish to consider.) Trust me, you don't want to get near the ones rated 2 or less.
#10.Baby butt-crack 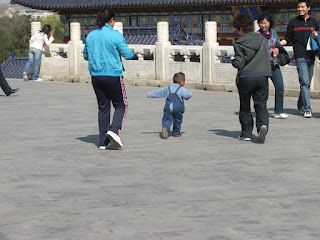 Should the need for a toilet be required, yet unavailable for your toddler, never fret. Just squat and expunge.
#11. Beijing. 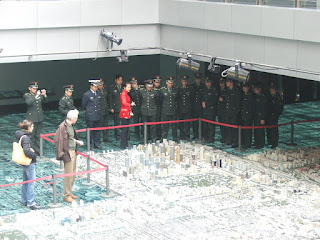 The entire city of Beijing was replicated on a scale map. That was absolutely amazing.
#12. Kids will be kids. 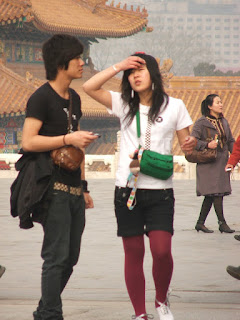 Maybe it was because everyone had black hair, but Chinese teens and young adults always struck me as looking a little "Emo." But they sure are sweet people.
#13. The Great Staircase. 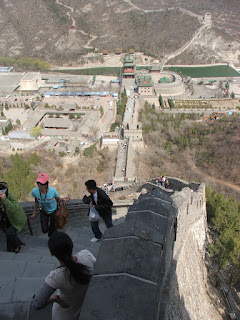 Holy Moly, I can't believe I climbed that whole thing without going into cardiac arrest. The wall is hard to truly imagine until you see it with your own eyes.
I miss China. I really, really do. Hopefully, some day I'll be able to go back.
Posted by Joe at 8:55 PM