Baked Ham for a Blog Carnival. 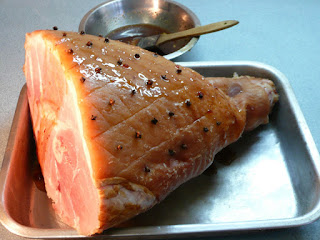