"The Advent of Justin Bieber"...as a Chewy Toy, Redux 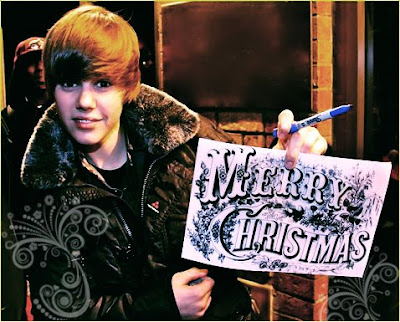 I rarely post anything on here that is deadly serious or does not have a bit of "Tongue in Cheek" to it. And not every post needs to be blatantly about Christianity. Hence, this particular one.
So last year I bought my awesome dog a very special chewy toy. Before I gave it to her, I decided to have a little fun...because I have no life. Perhaps it would make a delightful children's book. I dunno. You tell me.
So without further ado, I now present an updated version "The Advent of Justin Bieber."
..................................... 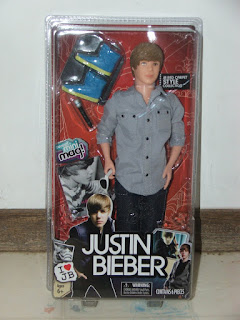 Little Bieber had a new home, and he was very, very happy. "I'mma tell you one time. Please take me out of this package so I can play with you," said he. 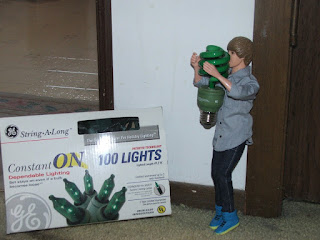 "I will help you decorate your house for Christmas," said little Bieber as he put on his awesome blue kicks. 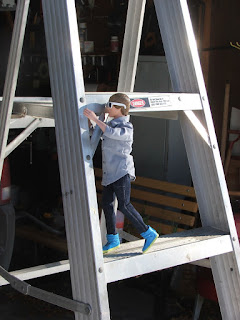 So little Bieber climbed the ladder to put up the big, green light above the garage. "This is difficult for me because I am so tiny," said he. 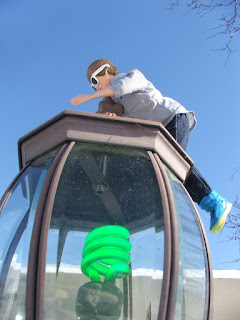 After he installed the pretty light, little Bieber put the top back on the lamp. He thought to himself, "There will now be one less lonely lamp." 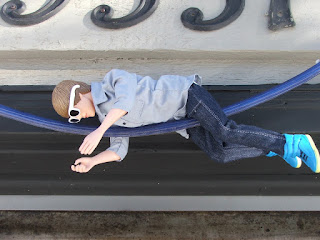 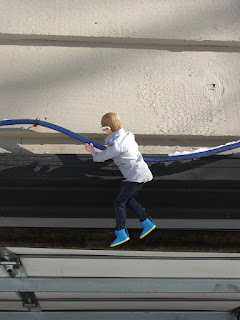 Little Bieber was in a pickle. Because he was such a tiny, little midget, he could not get back to the ladder. "I know I said I will never let you go, but I must do so and jump to the pavement from here," spoke the Biebs. 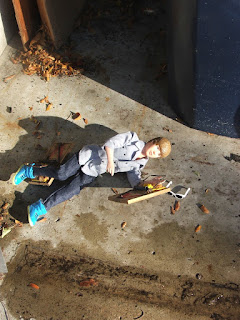 Oops! Poor little Bieber fell right onto the mouse traps that mean old Joey had strewn about the garage floor. "Ow, ow, ow!" squealed little Bieber. "I will never make it to puberty at this rate." 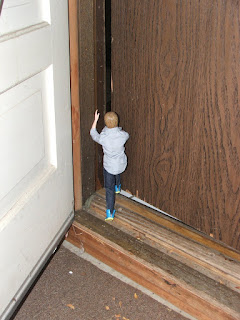 Little Bieber freed himself from the mouse traps and sulked back into the house. "I need an Usher to open these doors for me," said the Biebs. 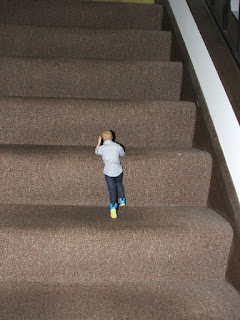 Little Bieber was very sad as he climbed the stairs. 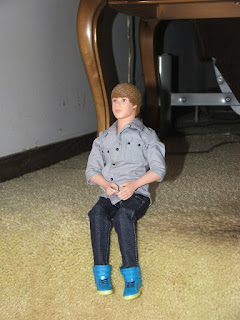 Little Bieber sat at the top of the stairs and cried. "Boo-Hoo," he sniffed. "I only wanted to help make Christmas special before the dog starts chewing on me." 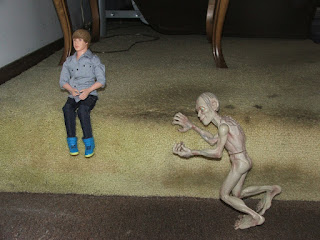 Then along came Smeagol who asked, "What's Christmas, Precious?!?!"
Little Bieber said, "It's when Jesus gave birth to Santa in the Macy's Thanksgiving Day parade. It's a tradition to go deep into debt to buy items that will be quickly forgotten, and give them to people that you often can barely tolerate in a vain attempt to win their affection." 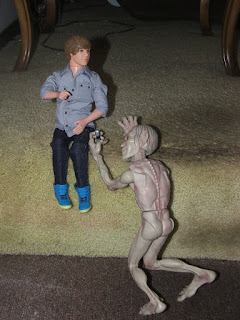 "Okie dokie," said Smeagol to little Bieber. "I will give you this microphone as a present. Then you can sing to me for my present." 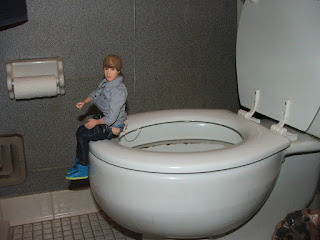 Little Bieber went into the bathroom and cleaned himself up for his big performance for Smeagol. "Now I will be one less lonely girl," said little Bieber. 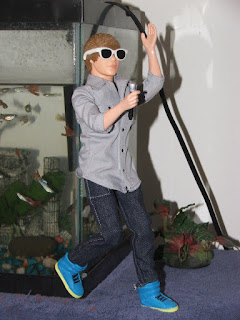 So little Bieber sang and sang and sang all night long. Mostly he covered ballads by Marty Robbins and Hank Williams, but also a few by Foster the People, Adele and the Dead Kennedys. 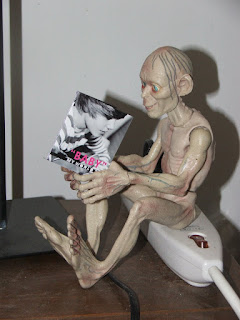 Smeagol was mildly disappointed that little Bieber did not sing the "Flower Duet" from Delibes' opera Lakme. However, he thoroughly enjoyed the fan magazine that he purchased at the concession stand. "My precious!" said Smeagol as he perused the weighty tome of literature. 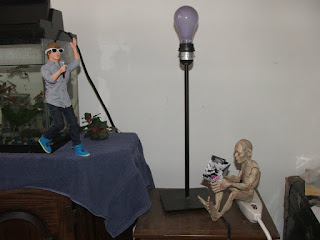 Little Bieber's performance at the Bloomington "Fish" Bowl was a big success. (The guppies were very happy too.) 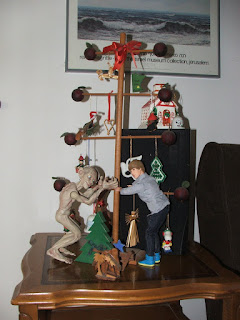 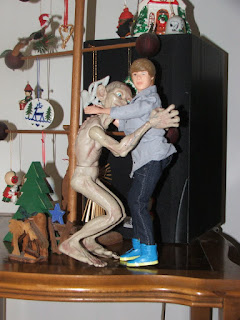 "I am glad that we are friends," said Smeagol to little Bieber. "I have another friend in Mordor that I would like you to meet."
"Oh BOY! This really IS the best Christmas ever," said little Bieber as they both walked off together, hand in hand, to the Black Gate.
And may all your Christmases be just as merry and Bieber-licious!
THE END
..........................
N-E-Way. If anyone is curious as to what became of little Bieber, the following photos should lay those questions to rest. 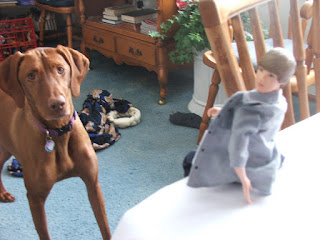 <--- That would be Rika, the Wonder Dog, to the left. Clearly she is anticipating a delightfully good chew on her new toy. Justin would be the the one on the right with the confused expression on his face. 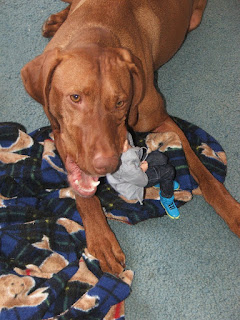 For the record, little Bieber only lasted about 3 days. I guess there was just something about his hair that was irresistible.
Peace
Joe
P.S. As an added bonus...
Ya gotta love how he color coordinates his shoes with his gloves. Gotta get me some kicks like that.
Posted by Joe at 10:25 AM