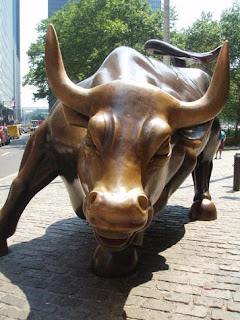 <--- America's most favorite and "Bestie" of gods.
"...And Samuel said to the whole house of Israel, "If you are returning to YHWH with all your hearts, then rid yourself of the foreign gods and the Ashtoreths and commit yourself to YHWH and serve him only..." 1 Sam. 7:3
"Do not store up for yourselves treasures on earth, where moth & rust destroy, and where thieves break in and steal. But store up for yourselves treasures in heaven, where moth and rust do not destroy, and and where thieves do not break in and steal. For where your treasure is, there your heart will be also. --- No one can serve two masters. Either he will hate the one and love the other, or he will be devoted to the one and despise the other. You cannot serve both God and money." Matt. 6:19-24
"Save yourselves from this corrupt generation." Acts 2:40
And with that, I have a question in the form of a video for you from one of my favorite heretics...
That's a really good question, and far deeper than many would suppose. 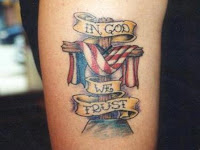 <--- Do we? Oh yes, yes we do trust in God. America trusts it's God completely. (Although, for the past many years our god has been making us a bit nervous.)
Actually, a better question might be "Which god do we trust?" Or even "Which godS?" Because in many respects, while America thinks of itself as believing in only one god, in practice, we have numerous gods that we bow down to.
Back in the days of ancient Israel, the people were tempted to follow numerous gods other than the one who had rescued them from Egypt. While there were many to choose from, there were three major ones that stood out. And the best part is, all three of them are still with us today!!! Let's take a look at them, shall we?
BTW: You can look up pictures of these ancient gods with a simple Google search. But to save you time & frustration, I was able to find updated versions of these gods in contemporary fashion. This will help to explain the following...
BA'AL: The "Hipster god." (Formally know as the Emo & Scene Kid god.) Back in the 70s, he was the god of Disco and gold medallion necklaces the size of dinner plates. 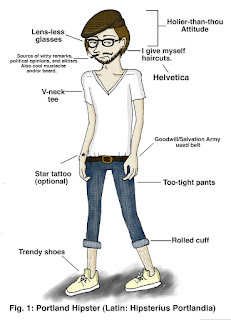 The trendiest of gods, Ba'al was perhaps the most popular of gods in and around ancient Palestine. If you wanted to be cool like the other kids, he was the one you would bow down to. Oddly enough, the worship of Ba'al generally required ritual cutting & blood letting to arouse him from his slumber. This was not unlike the modern tendency of Emos to cut themselves to show that no one understands them but their little sister's pants. OR, the wearing of jeans so skinny by Hipsters that blood flow is restricted to that awesome "Pube"-stache that is blooming upon the upper lip. To quote the prophet Frank Zappa on this matter; "Beauty knows no pain." (To be honest, I'll take the skinny jeans over the nasty, sagging, "I dumped in my pants" ones that I still see too often.)
Suffice it to say, if you wanted to "Prosper" in the coolness and popularity department, Ba'al was the god for you, and unto him wouldst thou make thy sacrifices.
ASHERA: The "Sex goddess." (Formerly known as Mae West, Madonna and Brittany.) Ashera has male versions too, as seen in Ron Jeremy, Frat Boys and Wavey Davey. 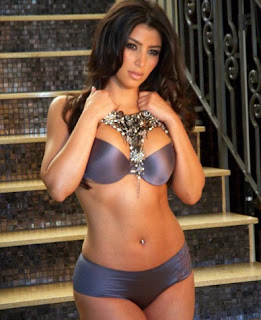 Need a good old fashioned "Fertility Cult" to make sure your crops do well, and you find sexual hedonism a great lifestyle? Ashera is the one for you! She happens to be married to Ba'al. But not to fret, they apparently have quite the "Open Marriage." Just head on down to the local temple, and the seeds you sow there will surely result in much success in life.
Can't find a proper temple? Never fear. Just find the nearest "High Place." It will most likely have a handy and LARGE Ashera Poll protruding skyward from it.
I won't bother to explain the religious & cultural significance of an Ashera Poll because to be blunt, it's rather NC-17 rated...worse, actually. (Who said the Bible was dull & boring?) Suffice it to say that you can still find smaller & more portable versions of them today in certain store that cater to Adults-Only.
Back in the day, the priests and temple prostitutes of both Ba'al and Ashera could be spotted by the various tattoos and B.C.-style mohawk haircuts they had. Hence, YHWH's prohibition in Leviticus 19 against acting like or resembling those dirty, little tramps. (Lev. 19:27-29 in particular.) It was the ancient equivalent of God/Your Parent saying; "Listen kid, no child of mine is going out dressed like that!!!"
And finally...
Molech/Chemosh: The "Free-Market/Business god" (Also known as Wall Street, Modern Economics, Ayn Rand and "Black Friday.") Oddly enough, Socialism falls equally comfortably into this slot too, as you will see... 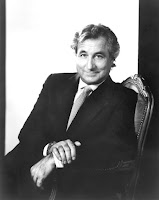 Is your butt too big to fit into skinny jeans, your not all that into the latest trends, prefer to keep your clothes on, but still want to be a success...especially in business? Molech is the god for you!
Molech was a bit more of an Urban god. He could care less about trends, because he knows that he is the one that develops and markets those very trends to unsuspecting twits. "The business of Molech IS business," as one of his prophets, Calvin Coolidge, said. Nothing is more important than your work, NOTHING! Which is why, back in the day, worshippers of Molech would sacrifice their children to him.
In today's world, we do not have a formal alter where we can place our offspring to be burned in the fire of Molech. However, we do have shopping malls where we can send them to get them out of our hair so we can concentrate on more important things. In the last few years, we have even invented a new way to sacrifice our families. It's called the "Black Friday Midnight Special." Who needs quality time around the Thanksgiving table with relatives when you can stand in the cold for hours outside of Best Buy so as to acquire the latest gadget at a discount for moth & rust to destroy, and for thieves to break in and steal?
Oddly enough, I read a great article in the Star/Tribune yesterday from someone who is not a Believer. It's about the dangers of the whole mindset of Black Friday and conspicuous consumption AND it's affect on the workers who have to suffer through all of it. Take a gander when you get a chance. http://www.startribune.com/opinion/otherviews/134640288.html
If getting your job done, be it for a private enterprise, the military or the government seems to come first for you, then you ARE worshipping Molech. Don't give me lip service about how important your family is. PROOVE IT! I could tell story after story of various students from the affluent school I taught at whose parents sacrificed them on a regular basis for their careers. (Handing a kid a wad of cash is NOT how you show them love, and certainly is no substitute to actually "Being there" for them.)
In my last post, I took to task those who unwittingly worship America...this supposedly "Christian" country. (A great & richly blessed country, but NOT the "Kingdom of Heaven"...despite what Pat Robertson & Jerry Falwell think.) I referred to it as Neo-Paganism. I.e. Where Jesus gets tied & glued to secular man-made institutions, and the Gospel then loses it's power to transform...unless it's through the candidate you vote for.
http://trippingstumblingwhilefollowingjesus.blogspot.com/2011/11/neo-pagan-america.html
Well, if mistaking the U.S. for God's favorite, unblemished city on a hill is Neo-Paganism, today's offering is merely good old fashioned, straight-up paganism. And it's been with us since humanity first began to go astray. We might not realize that we are worshipping false gods, but in practice we are.
Let's be honest, your religion is what ever is most important to you. Your god or gods are the idols you chase after, wether it's your career, your popularity, your sexuality, your acquisition of material things, what ever. Those are indeed your gods. And this nation is chock full of all sorts of pagan gods.
I am guilty of worshipping a couple of different gods. My favorite god is myself. (That goes back to Gen. 3) But I often have a few others. Far, far too often, I will put Jesus on a shelf, or over on the sofa, and just run off to worship another god. All Believers struggle with this if we are honest with ourselves.
I actually have a friend (Hard to believe, I know.) who even has his own version of the Trinity. He is his own "Father." "The Son" in his penis. The "Holy Spirit" is his sexual identity. I've observed him long enough to notice that his personal trinity is much more central and important to him than the actual one. Jesus is fine, as long as he doesn't get in the way.
We all do this from time to time. We do, and I'm as guilty as the next. So, perhaps a distinguishing question would be "Do we recognize this?" Do we realize when we are chasing after false gods? Those outside of Christ are in trouble because they have no gods but the ones they create. Believers are in trouble because we are often so unfaithful to Jesus by following lesser gods from time to time.
I highly doubt that YHWH is as dim as we often treat him. He understands the temptations that are out there. That's why he offers forgiveness so freely. But you can't actually ask for that forgiveness if you don't truly recognize the problem.
This nation and culture is as thoroughly pagan as every other Kingdom of Man that has been and will be. Every one of us is confronted on a daily basis with the opportunity to worship other gods, and we quite often do. Don't pretend that because you vote a certain way, only shop at "Christian" stores and have a Jesus-fish on your bumper that this is not the case.
Perhaps it's time to follow Peter's warning from his own time and repent and "Save yourselves from this corrupt generation."

This next portion should be a treat for people. I'll bet most readers would never think that I would actually include a post that began with Rob Bell and ends with both Mark Driscoll & John Piper.
The fact of the matter is that while Piper & Driscoll often drive me crazy with their emphasis on Calvin's doctrines above all else...along with other issues I have with them, that should never mean that I do not see eye-to-eye with them in other areas. In this instance, I COMPLETELY agree with them. (Hey, they ARE my christian brothers first and foremost!) Besides, I think it's ridiculous to throw the baby out with the bath water.
So first up is Mark "Drizzy" Driscoll with an outsider's observation on modern American culture. Frankly, I think it's not only insightful, but also absolutely brilliant.
And to finish up, good ol' J.P.
"Th-th-the, th-th-the, th-that's US, folks!"
Peace
Joe
Posted by Joe at 6:42 AM