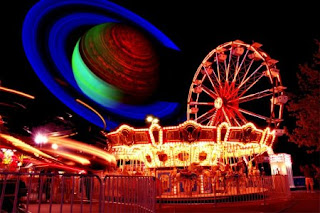 THIS POST IS AN INVITATION!!!!!!!
Yes, yes, yes, I am inviting any & all readers of this post & blog to a "Carnival!" And I am very serious. So allow me to explain.
A few days ago, I jumped into a written discussion with a friend of mine. He essentially had asked why so many "Christians" get all worked up when many of us demand and work for "Social Justice" and start screaming about Socialism. It generated many, many comments. Since I have a big mouth that can't seem to stay shut, I offered my piece, then added some follow-up, and eventually my thoughts on how we make decisions based on notions & concepts we simply take for granted. And it went like this...
BTW: the concept of the "Individual" is a fairly "Western" concept that comes out of the Enlightenment. It certainly has very little in common with the Hebrew mindset that the Bible was written in, or that Jesus proclaimed his kingdom in. To often, we interpret scripture in light of our cultural background unconsciously. That results in us taking the bible out of context. (Not to worry, though. Every culture is guilty of that from time to time.)
AND
Actually, it's kind of funny when you start digging beneath the surface of our beliefs. We make assumptions for our biblical beliefs based on many layers of unconscious cultural foundation. Christianity in America has layers of Puritan-style "Calvinist" Protestantism. (Hence the whole "Work Ethic" thing) But also has deeper influences from the Enlightenment movement (Which was completely secular, and even "Anti-Faith") which heavily influenced our founders. And THEN, you even have the whole "Grecco/Roman" system of Platonic thought (I.E. Hints of "Gnosticism" so prevalent in our emphasis on "Orthodoxy/Head Knowledge" over "Orthopraxy") that slowly co-opted the church after it became the "Official" religion of the Empire, and later European kingdoms. All in all, we seem to continue to drift away from the mindset of the writers of the bible, which we NEED to understand to keep the scriptures in proper cultural context...otherwise we are unfaithful in both "Orthodoxy" AND "Orthopraxy."
Quite a mouthful, I know.
Anyway, my friend got the idea that we should have a "Blog Carnival." Essentially, this means that a whole group of folks out there who like to blog will pick a topic, write their take on it, and then include links to ALL of the others in the group who were also writing on the subject. So, YOU ARE INVITED! The topic is going to be on "Subconscious Cultural Assumptions," which is a fancy-shmancy way of saying "We simply believe & agree with certain things without ever questioning why we believe them." (And often times, those beliefs are built on flimsy foundations.)
The crazy person who came up with this whole idea is Iggy who writes this blog ---> http://wordofmouthministries.blogspot.com/ He also sent me this comment and explanation on our topic. I did some research on "Subconscious Cultural Assumption" and find it fascinating and wondering why more people don't take this into consideration when reading the Bible. If you have a blog and want to promote it, this is a great way to do so and also to meet new friends around the blogosphere. Don't let the topic scare you off. Your post can be on any aspect of the topic. Also, we are not wanting a complete dissertation, as I recommend keeping your posts around 400 to 1000 words (1000 would be a long post). I also recommend citing sources. However, there are no rules so have fun and enjoy writing.
Listen, I know that there are other bloggers out there who read my goofy rants, even if you never post a comment. I would like ya'll in on this. So if you want to participate, either leave a note in the comments section that includes a link to your blog, or send me an e-mail at oejc1@yahoo.com. Fret not if ye thinks ye be not sucheth a fine tiller of the quill. Let's just have some fun. It will be a week or more before we get going on this because we would like to assemble a decent sized group. (It's also a great way to get your blog noticed)
Come on folks, let's do this. :)
And since my trademark is to always include a fitting song for each post, here ya be...
And if you enjoy Merry-Go-Rounds and other Calliopes...
Finally, if that last one wasn't enough to convince you to join, I shall offer this meaty, head banging tune to try to sway you...
"Come Aboard!"
Peace
Joe
Posted by Joe at 8:44 AM