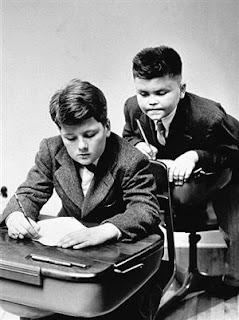 Now that I am on my one week UN-Paid vacation, I am hoping to do a lot of reading & writing. However, this morning, as my brain slowly gains what will pass for consciousness, I thought I would cheat a little.
There is a blog I follow called "The American Jesus." It's mostly a humor sight that mocks a good deal of the junk that gets passed off as Christianity.
http://theamericanjesus.net/ <--- Click there for more.
So I wake up this morning and check the site out. I discovered a very well written post that was actually on the serious side of things. It's on how we are to read the bible. It also includes a video of N.T. Wright...who is always awesome. I liked this post so much that I thought I would simply rip the whole thing off and repost it. (Hey, at least I am giving credit to the author of this post...Zack Hunt.)
So without further ado, here is the post from "The American Jesus." (Video included)
___________________________

N.T.Wright "The whole sweep of Scripture" from Rodica on Vimeo.

For my money, which isn’t a lot, you don’t get much better than N.T. Wright when it comes to understanding the faith and, in particular, the New Testament.

In this video Wright answers what I think is one of the most fundamental challenges facing the modern church or really the church of any for that matter: “How do you read the Bible?”

There’s not much I can add to his brilliance, so I won’t try. Just a couple of reflections to put this video in a bit of context.

Watching this clip I couldn’t help but think about the Mark Driscoll sermon clip we posted and discussed last week in which he declares that based on his word study of the Bible God hates people. I’m not going to pile on Pastor Mark anymore about that issue and this clip isn’t meant to be a direct refutation of his exegesis.

I post it because I think it speaks to and should challenge the way most of us read the Bible today.

You can criticize translations and packaging, but for me, one of the worst things that ever happened to the Bible was chopping it up into chapters and verses. Sure, as Wright points out there are clusters of scripture that naturally go together, like the Psalms, but when we just take snippets here and there we create at least 2 major problems.

The first, is what I want to call soundbite theology. When the Bible is reduced to a “verse for the day” or sporadic passages we’re supposed to memorize, then we miss what Wright calls “the whole sweep of Scripture”. In other words, we miss what the Bible is actually try to say. Instead, we reduce the Bible to a handful of easily digestible headlines or soundbites that allow us to “get to the point” and move on, regardless of whether or not what we think is the point is really the message at all.

When that happens it becomes very easy to make the claim that God is every bit as much a God of hate as He is a God of love. Buy a concordance, locate all the passages that mention the theme you are trying to establish, then list them all together and the Bible can be tailor made to fit any theological paradigm, Calvinism, Wesleyanism, Catholicism, Mormonism, Benny Hinnism, or whatever. You can quite have God anyway you want Him.

Which leads to the second danger of chapters and verses: the weaponization of Scripture.

This is something we all have experience with. We’ve all either used passages of the Bible as weapons to beat down our opponent and prove our point, or we’ve been the recipient of someone else’s Biblical attack when we did or thought something they were convinced was contrary to the Bible.

Aside from the obvious fact that the Bible isn’t intended to be a weapon, it doesn’t take much reflection here to see how dangerous, problematic, and even sometimes impossible it is for the Bible to really serve the purpose we want it to.

Take for example, the often used passage from 1 John 2:15 “If anyone loves the world, the love of the Father is not in them.” When this passages is ripped out of context and weaponized it’s easy to believe that Christians must hate the world and everything in it in order to be Christian. But, of course, this is simply not true.

For starters, if we contine reading the chapter, and don’t stay on this one verse, then we see that John is talking about something very specific in the world: lust. Without going into a long exegesis, John is telling the church to avoid the lust of the world that seeks to conquer, possess, and control everything. Or in other words, the lust that seeks to put creature in the place of Creator.

Likewise, it’s impossible to make the claim that John is calling the church to geniunely hate the world, when this same John (assuming as most of those who use this passage as a call to hate do assume) who also wrote one of the gospels also says, in the most famous passage in all the Bible, “For God so loved the world that he gave his one and only Son, that whoever believes in him shall not perish but have eternal life. For God did not send his Son into the world to condemn the world, but to save the world through him.”

If you can’t love the world and love the Father, then Jesus himself stands condemned.

Here’s my point, as N.T. Wright brilliantly explains, the Bible can’t be read in isolation.

Particular passages can’t be read in isolation from an entire chapter or book, and we shouldn’t read the Bible in isolation from the church, thinking in effect that our interpretive abilities are superior to anyone and everyone who has come before us. To do so is both an act of great ignorance and great arrogance.

The Bible wasn’t give to “me” or to “you”. The Bible was given to “us”. It was given to the church and written by a whole host of God’s people. If we are to truly understand and makes sense of the beautiful diversity that is ”the whole sweep of Scripture”, it will only occur when we engage the entire story, not just a soundbite, and when we dialogue with the body, rather than decide for ourselves what the Bible says.

This isn’t easy, and in our on demand society something like this that takes a lot of time and effort isn’t appealing. But if the Bible is going to be anything more than a thought for the day or our go to weapon of choice, then, as Wright explains, we must find the time to be still and let it “wash over us” like a divine symphony.