Would you please just be quite and listen to the silence? 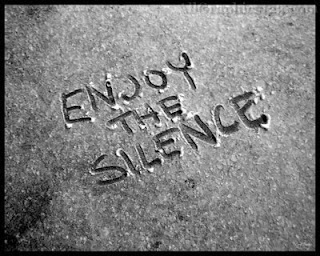