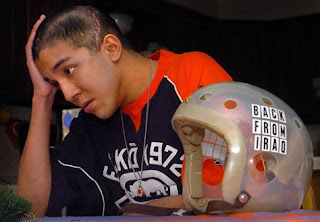 I will post what was the line from the headline that I found this photo under: "Until surgeons replaced a shattered piece of his skull with a permanent metal plate, Tim Ngo of Vadnais Heights, Minn., had to wear a plastic helmet to protect his brain. About 320,000 U.S. soldiers have suffered brain injuries in fighting in Iraq and Afghanistan, a new study estimates."
320, 000 thousand?!?!?!?...from MY country, a country that actually believes it is a "Christian" country...and yet we are still the only industrialized democracy that does not provide some type of universal health care for all of our people. (How embarrassing is that?)
Yesterday was a rather painful anniversary, so I've been thinking more than a little bit about peace these last few days. 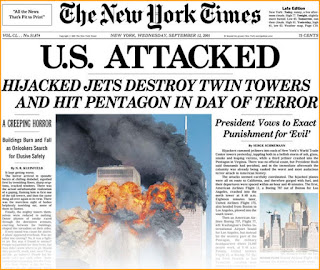