"Universalism" and the "Mechanization of Jesus." 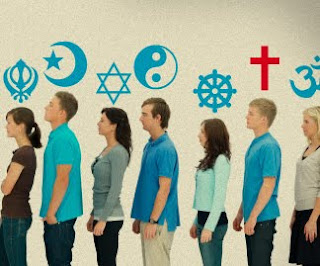 I have no idea why I wake up every single morning with God/YHWH on my mind. But I seriously do!!! Maybe my brain is really, really "Works" oriented...which seems to be the norm for anyone who is curious about the divine. (Makes me crazy, though.)

So I woke up this morning to another post on FaceBook from a person I admire. And, naturally, it made me think about God/YHWH.

I have noticed that people seem to either like a "Jesus" who is soft & squishy, and just loves everyone no matter how many times they spit in his face & refuse him. OR, a hate-filled "Jesus" who simply wants to bring on the pain, and smash anyone who isn't standing in line for/with him.

Both of those make me itch!

I hate the English Language's word for "LOVE." (The Greeks, in whose language the New Testament was written, had at least 4 different words for love.) It is totally worthless. No one "Loves" pizza enough to marry a slice, but we use that word "Love" anyways.

Speaking of "Love," what do you do when some idiot cuts you off in traffic? Do you cuss at them? I tend to...A LOT, so my sister says. (Perhaps I need to work on that.) What about if someone does something worse, maybe to someone you know? Do you want to "Vent your wrath on them?" I certainly do. (I have a bat in my garage.) YET, there are so many times where I wish to apologize for the stupid thing that I have done & said...even weeks later.

I go to Living Waters. Which is a church based out of a Middle School in the southern rump of the Twin Cities. If I didn't live here...and lived in Portland...which is WAY to overcast for me NOT to be depressed all of the time, I would go to Imago Dei.

Rick McKinley doesn't Look, Sound or Act like a pastor...maybe why I trust him.

Universalism from :redux on Vimeo.