"Isms" and the economy of God 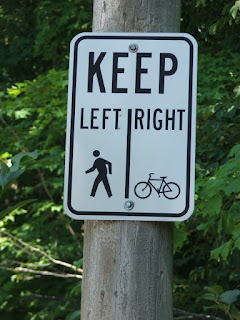 ""No servant can serve two masters. Either he will hate the one and love the other, or he will be devoted to the one and despise the other. You cannot serve both God and money."
The Pharisees, who loved money, heard all this and were sneering at Jesus. He said to them, "You are the ones who justify yourselves in the eyes of men, but God knows your hearts. What is highly valued among men is detestable in God's sight."" (Luke 16: 13-15)


So I've been out at the cabin since yesterday morning. I've really been trying to discern God's desired will for me. In fact, I've been wracking my brain over it for weeks now. (No, I still have no conclusion.) Part of it is my own doing. I seem to think about God every waking moment. Yet I rarely get my selfish butt into a chair to even open the bible like I should. It's just so much easier to grab my cup of coffee and check e-mails. 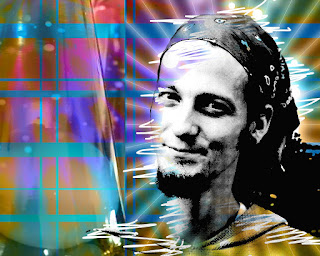 So this morning, I was reading in Shane Claiborne's book, "The Irresistible Revolution." In Chapter 6; "Economics of Rebirth" there is a section called "Theological Prankster." Shane points to some of the odd ways that Jesus approached money.
In one story, to pay the temple tax, Jesus gets Peter to grab a fish and pull a coin out of it's mouth. (Which really does one-up the old rabbit out of a hat trick.) He was sort of making the point that money was just money, and that God would always provide. Jesus was doing a bit of street theater, lampooning the whole system of finance.
It should be pointed out that not so many years later, the Emperor Domitian use to say that since he was a god, he controlled the animals & nature, and that fish would leap up to lick his hand. Perhaps Jesus was putting a bit of foreshadow in his comedy.
When the Pharisees asked Jesus if they should pay taxes to Caesar, Jesus asks them whose picture is on the coins. He says to give to Caesar what is Caesars...and to God what is God's. Caesar makes coins with his image on them...he can keep them. God made Caesar, and so bares God's image...so Caesar sure ain't God. Shane said, "Once we give to God what is God's, there's not much left for Caesar."
At the end of this section is a story I heard about a few years ago. Shane had one a lawsuit against the NYC police for wrongful imprisonment & harassing the homeless. Long story short, he was given $20,000 to work with. Shane has the spiritual gift of poverty. (Odd gift, I know. But I would rather like to see Mac Hammond & Kenneth Copeland blessed with such a gift.) So money doesn't hold much sway with him or the community he works in...which will help to make the following a bit more sensical.
Shane and all of his homeless friends, poor people, and other people from his community who serve each other through a barter system based on the early church, decided to take this money and have a "Jubilee" of sorts on Wall Street. They sent some of the money in $100 bills to other communities like theirs. The rest, along with other odd bits of change they collected (Over 30,000 coins I am told), they took to the main entrance of the stock exchange. At 8:20 in the morning they proclaimed the jubilee in honor of the New Jerusalem.
They proclaimed; "Some of us have worked on Wall Street, and some of us have slept on Wall Street. We are a community of struggle. Some of us are rich people trying to escape our loneliness. Some of us are poor folks trying to escape the cold. Some of us are addicted to drugs, and others are addicted to money. We are a broken people who need each other and God, for we have come to recognize the mess that we have created for our world and how deeply we suffer from that mess. Now we are working together to give birth to a new society within the shell of the old. Another world is possible. Another world is necessary. Another world is already here!!!" (Page 188)
With that, they blew a ram's horn and showered the streets with ALL of that money.
The freaky part was that the police, who had been ordered to get rid of them, either stood back or joined in. In fact, other strangers began to empty their pockets too. People began to give their coats to those homeless people, and others began to buy bagels for the crowd. One guy even yelled out, "Now I can get my prescription filled!"
I'm still perplexed by this story.
I think that there are some valid criticisms of this approach. But what I can't argue is that a guy like Shane seems to have a much healthier approach TO, and understanding OF money than the average American does. (Certainly in my case.) I also think he understands the provision of God, and God's faithfulness a LOT better than I do.
It has certainly given me a lot to think about this morning.
Peace
Joe
P.S. I now present the national anthem of Capitalism. (I still need to think of some appropriate ones for the other ISMs.)