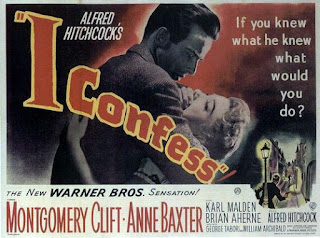 "All kinds of animals, birds, reptiles and creatures of the sea are being tamed by man, but no man can tame the tongue. It is a restless evil, full of deadly poison. With the tongue we praise our Lord and Father, and with it we curse men who have been made in God's likeness."
James 3:7-9
"May the words of my mouth and the meditation of my heart be pleasing in your sight."
Psalm 19:14
I need to read those two passages everyday.
I have a big mouth. I admit it. I confess and apologize for it. In fact, I even have an appropriate song for it.

No, I haven't done or said anything horrible or inappropriate lately. It's just something that has been on my mind recently. (But I'm sure that I will be stumbling rather spectacularly somewhere down the line.)
You see, I have a gift. My tongue is often a cross between a laser beam and a samurai sword. With it, I can say things that are cutting-edge funny...or just cutting. I can be sarcastic in the best sense of the word, or really mean with that same sarcasm. Often, it's like I'm an X-Man...both gifted and cursed with the same talent.
I got together with Pastor Scott a while ago. He pointed out that he & I have something in common. We both have a soft spot for the weak & marginalized. We don't like the pompous and arrogant. And neither of us like it when people do not extend grace & mercy to others who trip & stumble as much as we do. In fact, we DIS-like it so much that we will not be exactly gracious or merciful to those people who are not being gracious or merciful...which isn't exactly being very gracious OR merciful, now is it?
One of the qualities that drew me to Living Waters, the church I attend, is that one of it's main pillars is to be a body of worshippers based on grace. As a result, we have folks from across the spectrum. We have Calvinists, Arminians, Emergers, Mildly-Fundamental, Charismatics and Frozen Chosen...and other odd-balls, too. Yeah, we're weird, I know...which says volumes about me.
Anyway, in my last post on politics, I went after the Republicans and what I perceive to be their idolatry when it comes to Christianity. It was pointed out to me that while it was funny, it was a bit heavy on the sarcasm. Also, I get flack from some friends of mine because a certain representative from my State, who is now running for President, is a juicy foil for me. She claims to be a big-time Christian, so they tell me not to go after her so hard, because that's not very Christ-like...and they may be right.
Also, there are some very famous theologians & pastors in my area who drive me nuts. They seem to go out of their way to bash other Believers who do not line up with their brand of theology enough. I know that these folks love Jesus, but they sure don't seem to love their fellow Christians. So I vigorously attack them...which might not be very Christ-like either.
The fact is that I take issue with what I see as prideful, un-thinking/un-questioning, and arrogant politicians, pastors, theologians and leaders. (I only use the full names of public figures) If I perceive someone to be bullying another Believer, person or issue, I do go after them. I am a sucker for the "Little Guy." I admit it. And sometimes my samurai tongue slices people and issues open a bit.
Do I have the right to do that in the WAY that I do it?
Is there a place for sarcasm in Christianity?
Well, YHWH used sarcasm. Check out Psalm 50, verse 12 specifically. "If I were hungry, I wouldn't tell you..." Not exactly mean spirited, but sarcasm never the less. Paul throws down a bit more in Galatians 5, when in verse 12 he openly hopes for certain bad teachers to castrate themselves. (Now THAT'S pretty brutal, let's be honest.)
Is there a place to verbally "Tear a new one" into some pompous religious cow?
Well, it doesn't take much reading of the Gospels to see Jesus savagely going after the official religious people. In fact, all the healing that he did on the Sabbath was a direct provocation to those who thought they knew all the answers.
It could also be pointed out that Jesus actually got physically violent over certain issues. Multiple times Jesus caused a one man riot in the temple when he cleared out the people making a profit off of worship. The bible never actually says that Jesus hurt these people, but when you realize that he made a whip and swung it around while he tossed tables over, you have to assume that somewhere along the line he must have made contact with people's behinds.
Now, it could also be pointed out that I am NOT Paul, nor am I Jesus or YHWH.
I have to be careful. That's all I'm saying. A guy I know likes to quote one of his favorite bits of advice to me often. He reminds me that he once said to a large group on a mountain, "Blessed are the merciful, for they will receive mercy."
I think that I have the right to voice my opinion. I also believe that I have a duty to stand up for people who are picked on. But I do have to be mindful of how I go about that. Often, and I would suppose that I am not the only one guilty of this, I think it's all about me. Generally, this is not so. I might wish to believe that the universe revolves around me, but it appears that this is not the case. (Bummer, I know.)
So if sometimes I vent a bit too much, or go a bit too far with what I say and/or how I say it, I apologize. I was wrong. And here is a song to make up for it...

Peace
Joe.
P.S. Here's a true story for you which you may or may not find hysterical...or may even desire to throw rocks at me. But it is perhaps the finest example of my mouth skills ever presented.
Context: Like I mentioned, I have a gift with my mouth. It often gets me into trouble. Generally, at least twice a year I will take both size 11 feet and insert them deeply into my mouth simultaneously. It's a very impressive sight to witness.
Many years ago, I was at a friend's wedding. He was a local guitar player, so he attracted a lot of long-haired musician types to the affair. It was held outdoors, with kind of a bleacher seating set up. So I'm sitting there next to my buddy, Scott. I'm looking around at all of the other people. I see this chick in the back with the prettiest hair I had seen in ages. I mean, it was really long, with these beautiful waves in them...very stunning, I thought. Unfortunately, this gal also looked like she could have played linebacker for the Minnesota Vikings. She was BIG! So I poke Scott in the ribs, and point her out to him.
Scotty says, "Dude, that's Meat Loaf." (Meaning that this large woman with lovely hair was actually a man.) 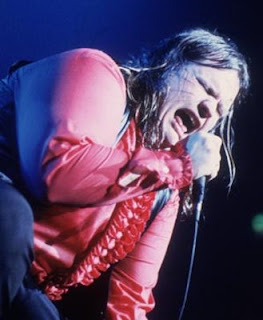 <---- For those of you who don't recall the mid-70s.
Anyway, so I respond, "That's a GUY?!?!?" (Honestly, I thought it was a very large woman.)
Flash forward to the reception.
So I'm chowing down on the food. I'm sitting at the table next to Scott, a few other friends...and some people I don't know. (That "People I don't know" part will come in handy in a moment.)
Eventually, dude with beautiful hair comes walking by us as we're eating. Scott pokes me and says, "Hey, there's your buddy Meat Loaf." I, being the moron that I am, say to the entire table, "Man, I seriously thought that he was a just a big, *&% woman." (Insert the sound of either brakes screeching or a needle being dragged across a record, HERE!)
All of a sudden, everyone at the table pushes their chairs back, and gets up in complete silence.
So I lean over to Scott and ask, "So, who did I just say that in front of that I shouldn't have?"
"The big *&% woman's wife," responds my friend with a straight, yet oddly thoroughly-enjoying-the-moment, face.
I take a brief glance to my right to see from whence the newly volcanic heat source is emanating from. Well, you may have heard the expression, "If looks could kill?"
I think I'll leave the story here.
Good night everyone. You've been a beautiful audience. Be sure to try the buffet. Before you go, be sure to try our house specialty, MEAT LOAF...with a little Steve Martin sauce on the side.
Now if that's not great Rock Opera, then I don't know what is.
Posted by Joe at 8:23 PM