Why I am no longer a Republican, Part 1. "Sodomites!" 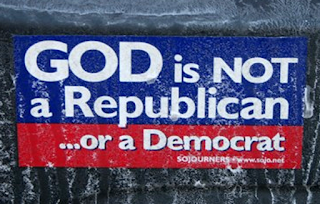