The God of Banquets & Fudge 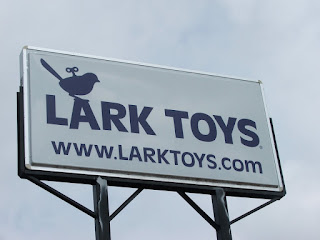 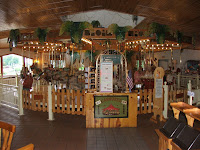 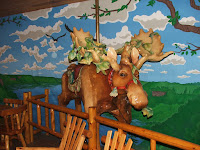 Those are actual pictures of the giant wooden hulks that were hand-craved into moose, dragons, fish and ducks that visitors can ride.
The famous Mayo Clinic in Rochester is about an hour away over the hills from this store. I found out that they will often bring bus loads of children from around the world, who are at the hospital for treatment, to LARK to simply play. It's probably better therapy than a booster shot, I would suppose.
There is also a very unique candy selection at LARK. Obviously, you know about the fudge by now. But wait...there's MORE! 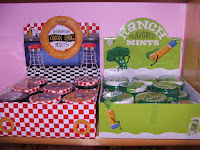 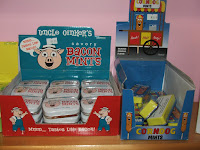 Not just any kind of candy. WEIRD candy!
That's right. Those are onion ring, ranch dressing, bacon and corn dog flavored breath mints.
I purchased a tin of "Juvenile Delinquent Breath Mints." ("Wild, depraved youth with minty fresh breath.") Delicious...and it makes you want to T.P. someone's house.
What is so awesome about LARK is that once you get in the toy area, you quickly discover that it is a maze of rooms connected to each other. Each room has a different theme to it. There are rooms with educational toys, retro toys from decades ago, and even a room full of nothing but awesome children's books. (Plus, the original owner has his massive toy collection on display for all to stand in awe of...and I do mean massive.)
The following are some examples of the weighty tomes that appeal to my stellar intellect. 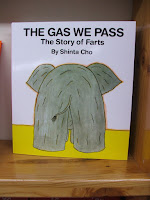 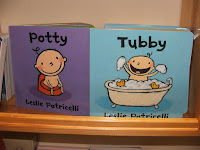 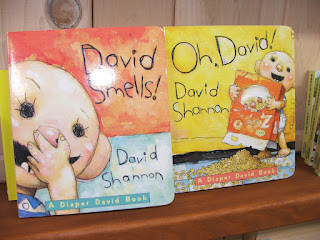 These last two are semi-autobiographical novels based on the childhood of my friend David. His self-esteem is healthy, so he has no problem dealing with the messiness of his infancy. Plus, he is a good sport and doesn't seem to mind my needling of him. (Either that, or he is as starved for attention as I am.)
You can check out his blog on this link. http://lifewalkblog.wordpress.com/ You're welcome, Dave.
ANYWAY, if you ever DO get the chance to head down Hwy. 61 in Minnesota, make sure you seek this place out. It truly is well worth it. Plus the fudge is simply divine, sayeth the Lord.
Peace
Joe
P.S. What the heck...
Posted by Joe at 5:14 AM