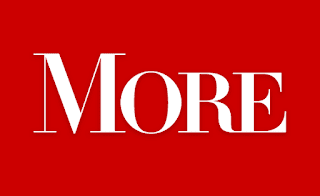 "I have come that they may have life, and have it to the full."
John 10:10
One version of that passage says "I have come that they may have life, and to have MORE."
I remember that it was my Senior year at Bethel College. I was in the locker room after working out with my friends. I started asking them what they thought this verse could mean. (Obviously, it was Jesus talking about himself...but what exactly did he mean?) None of us were exactly sure. But I recall thinking to myself, "Whatever it means, I WANT it." And it's safe to say that nothing has been the same for me since then.
I had made a commitment to Jesus many, many years previously. But I guess my curiosity got the better of me as it usually does, because I really did want MORE. MORE than what passed for a pasteurized, "Americanized" religion. MORE than the boring faith that I often saw displayed by people with copious amounts of head-knowledge, but little actual, practical experience of living by faith. (To be fair, I was in the same boat as everyone else. I just wanted out of that boat.)
I had no idea what I had just asked for,
because I got it...in spades.
Today is my birthday. When people ask me how old I am, I say "A million and six." Somedays it feels that way. Other days, I feel like I am still 19. Most of the time I feel like I am at least 10 years behind my actual age, which is...
So anyway, today I got to reflect a little on my life. (Which I tend to do pretty much non-stop anyway) I thought back to that night in that locker room. Jesus took me at my word, and gave me MORE life. But not in most of the ways that I was expecting.
Following Jesus is not an easy thing. To be honest, it's actually quite scary and nerve wracking a good deal of the time. ("Religion" is easy. If you like your world cut & dried, stick with that.) Faith is hard. It requires giving yourself to the unknown, based on a promise made by someone that you generally can't see. But I will tell you this; If you want an adventure that will last your whole life, then stick with Jesus and jump into the unknown. I have discovered that he really does keep his word.
Now for the record, I'm about as imperfect as you can get. I've made enough mistakes in my life that I doubt I'll ever run for public office. I also fully expect that I'll make plenty more before my time is up. But one of the benefits of following Jesus is that he already knows all about that...including the incredibly stupid things that you will do down the road. He isn't shocked or surprised by them. He also doesn't really care too much about them, because he's already dealt with them, and will use all of your stupidity to make you walk closer with him and to learn from them.
I won't bother going into detail about my stupidity. Anyone who knows me can attest to it in all it's glory. I'm also not going to go into detail about all of the amazing things things I've learned, or the weird, freaky, horrible and beautiful things that Jesus has shown me.
Suffice it to say, that on my birthday today, as I look back over these million and six years, I have learned that God is incredibly faithful, gracious, loving, has a wicked sense of humor, an impeccable sense of timing, and has more surprises up his sleeve than you could possibly imagine. (He only has a British accent when he is doing impersonations, too. Despite what you may have learned from the movies.) If you really & truly want life, and to have it to the full...to have MORE, then take the plunge. Trust him.
There will be times that are scary. There will be times that will be filled with doubt. There will be A LOT of times filled with confusion, and no answers to be found for quite a while. But you will certainly not be bored. You will have MORE.
And a few years from now, you will look back and realize that you are not the person that you were. You might not be everything that you hoped for at that moment. But you will feel a strange sense of gratitude for who you are becoming. I can't fully or properly explain it. I can only say that it really and truly is MORE.
Happy Birthday to me.
Peace
Joe
P.S. In the interest of others like myself who would like to stay young forever, but to still have all of the life experience and perspective that we now have, I give you Joe Jackson.
Posted by Joe at 7:04 PM