Mercy Me...and everyone else. 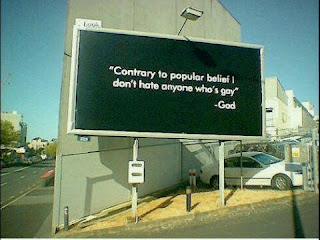 This is for "D" and all of my "so-called" GAY friends.
A good deal of this post will simply be me politely venting over some stuff that has been building up in me for a while now. I suppose it crystalized in me yesterday morning before worship when I read a post from an acquaintance of mine on FaceBook. He linked me to an interview in The Huffington Post with an artist who is quickly becoming a favorite of mine, Derek Webb.
Back in late November, I got to see Mr. Webb and a few other artists perform. I was impressed. I discovered that Derek Webb tends to be a thorn in the side of standard American Evangelicalism. This caused me to like him almost immediately! (Kind of Christianity's Angry Young Man.) He also performed his song"Wedding Dress," which I had never heard before...me being late to the party as usual. At this point, I think that song is the theme for my life.
You can read the interview for yourself if you desire. Just click on this link.http://www.huffingtonpost.com/chris-stedman/interview-with-christian-_b_796232.html
Suffice it to say that in the interview, Derek Webb took to task the way that many people who call themselves "Christians," treat people who are attracted to others of the same sex. Webb has a new song out that pretty much nails this issue to the wall. Enjoy it, wont you?
YES, he actually drops some "Swear Words" in that song. Not that I encourage people to cuss all that much. But at the same time, there often is room & reason to use that language to make a point.
That picture at the top of the blog is from a sign that seems to have been put up in numerous American cities. The one below here is of a boy named Justin Aaberg. He's a cute kid. Great smile. (I'm seriously jealous of his hair now that I'm losing mine.) Seems like he had a decent family. I live in the Twin Cities. Justin went to a school in the northern suburbs here. Seems like he had a good future for himself. 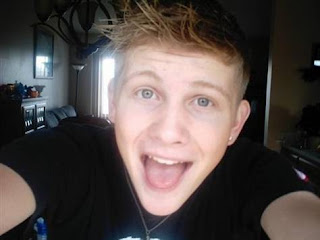