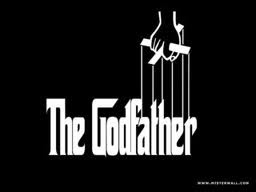 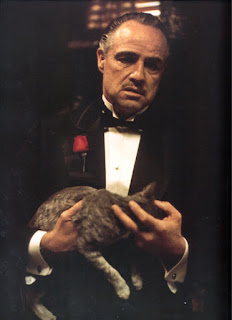 "God is Spirit, and his worshippers must worship in spirit and in truth." John 4:24
So if God is a spirit being, this means that God is not limited by physical form. This would also mean that God has no gender. God is neither male nor female, because that would be a limitation.
But for some reason, God chose a male pronoun to describe "Himself." Why? Why did the God of the Bible chose the term "Father" as a designation? The Bible never gives any specific reason for this. So it's a rather intriguing mystery, I think.
BTW: This post is kind of a companion to an earlier post I wrote. http://trippingstumblingwhilefollowingjesus.blogspot.com/2011/01/wisdom-fear-of-big-daddy.html
Hopefully, I will actually get some responses to this one.
I DO have a theory as to why God may have chosen a masculine title for himself. And I think that the Bible drops clues along the way as to why this may be.
So yesterday, after worship, the ladies of Living Waters had a big meeting. So, all the married guys grabbed the kids and headed over to White Castle. Even us single guys were allowed to tag along. I end up sitting with my buddy, Zach, and this came up in conversation.
BTW: On behalf of all of the men from our church, I offer a heartfelt apology to all who stand downwind from us today due to the usual result of a White Castle feast.
ANYWAY, I am of the opinion that YHWH chose a masculine title for himself because he knew what a lousy job so many men would do in trying to "Be A Man." God chose the term "Father," because he foreknew that there were going to be so many awful Dads out there. He wanted to demonstrate what a GOOD Father would look like.
Think about it, we live in a society where men are often dominating, hyper-patriarchal, OR they are down-right misogynistic. (Think of far too many rap songs.) Further more, think of how many so-called "Dads" out there get a gal pregnant and then split.
If you think the ability to have sex...unprotected at that, and get some girl pregnant, makes you a man, you are a joke. In fact, if you ARE that type of guy, and you bail on that mother & child, I personally do not think you are a man at all. A two-legged dog perhaps, but certainly not a MAN.
When you look through the story of the Bible, you will see a very patriarchal culture. At the same time, you will see that women tend to fair better than the men. In Judges, the only decent Judge is the Prophetess Deborah. Who comes to the rescue in Esther, Esther...a woman. Ruth is the heroin of the book named after her. Who seem to be the most faithful followers of Jesus in the Gospels? Women! They were with him at the crucifixion after the men had pretty much bailed, and they were the first to head over to the tomb.
To me, it's kind of like a diving poke in the eye of men on the part of God.
I guess that I just think that God knew how much we dudes would blow it. That's why he chose the title of "Father" for himself. He knew that someone had to set a proper example of what a real man should act like.
I'm very curious to hear what anyone else has to say on this subject.
Peace
Joe
Posted by Joe at 6:45 AM