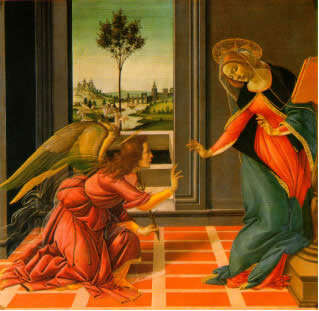 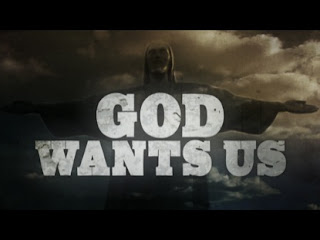 Immanuel. Imm - Anu - El = "With us God."
The Hebrew language flip-flops nouns & verbs, so for those of us who speak English, we translate Immanuel as "God with us." Works either way. God IS with us. God is FOR us.
I was thinking about church yesterday as I was getting ready to write this. I went back into the Gospel of Luke to look some stuff up and noticed something I hadn't thought of before. It has to do with how much God actually likes us. (So I would like the following to be a nice, big, painful poke in the eye to all who believe that God hates sinners...because you will need to find a different version of the Bible to prove that nonsense.)
Favor:
When Gabriel visits this young, unmarried teen girl named Mary to tell her that she will give birth to the promised Messiah, twice he tells her that she has found "Favor" in God's eyes. Later in Bethlehem, when the shepherds are sung to by heaven's choir, the lyrics include "Glory to God in the highest, and on earth peace to men on whom his favor rests."
I'm not a scholar. At best, I am just a layman. But it seems to me that unless you embrace the idea of "Works" as a way to gain God's favor, then it seems to me that God really likes/favors/LOVES people...even when they/we/I are in full-tilt rebellion and sin. And because God is proactive, while we are depraved, he starts the ball rolling.
Because of our fallen nature, we turn our backs and run from him. So what does God do? He pursues us. He draws near to us. He comes along side us. Immanuel. "God WITH us."
If you pay attention to Scripture, you will see that YHWH does that a lot.

So anyway, yesterday at Living Waters, Pastor Scott preached a sermon called "Christmas Deliveries," using 1 Timothy 1:15-17. Paul is writing to his buddy Tim, and he sums up rather neatly what exactly Jesus came to do.
"Here is a trustworthy saying that deserves full acceptance: The Messiah Jesus, came into the world to save sinners - of which I am the worst. But for that very reason I was shown mercy so that in me, the worst of sinners, the Messiah Jesus might display his unlimited patience as an example for those who would believe on him and receive eternal life. Now to the King eternal, immortal, invisible, the only God, be honor and glory for ever and ever. Amen."
I think that parallels nicely with John 3:17; "For God did not send his son into the world to condemn the world, but to save the world through him."
Jesus' purpose for coming here = To save sinners. To show mercy. To give eternal life.
How's all that for a Christmas gift?
The question remains as to wether or not individuals will actually open the present that God offers them? It would certainly be a pity for those who choose not to.
Yesterday the children of Living Waters put on their Christmas show for us. Jana, who runs the children's ministries, rocked the house. The kids were great.
They came back up at the end of the service and sang us out. One of the songs that was chosen was My Deliverer by Rich Mullins and the Ragamuffin Band. It never really occurred to me before, but that song really ought to be included in the traditional Christmas Canon of songs that are sung during the holidays. It makes perfect sense if you listen to the lyrics.
Once again, the video is pretty lame, but the message is spot on. Enjoy
Peace & Merry Christmas.
Joe
P.S. Here is another song by Rich Mullins. What I would recommend is that you pay close attention to what Rich says before the song begins. I found it to be very intriguing. "If you want a religion that makes sense, I suggest something other than Christianity. But if you want a religion that makes life, then I think this is the one."
Posted by Joe at 5:54 AM