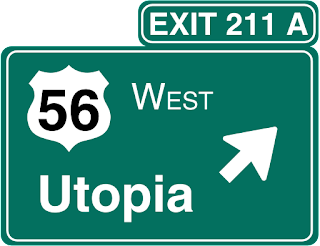 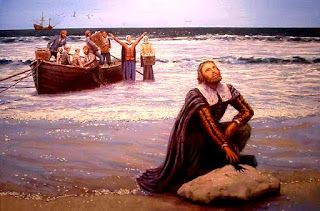 I'm still pretty groggy this morning. Just trying to enjoy a cup of coffee as I go through online news and various blogs that I follow. I can see out my window that the forecasters didn't lie when they said we are in for a delicious bruiser of a storm today. Wheeeeee!
ANYWAY, from time to time I like to read Danny Korol's blog. I don't know the guy. He lives in Norway, which means that he is sacred in my Dad's eyes. http://danielkorol.com/blog/ He seems pretty far to the left of where I stand, but I get a kick out of much of his stuff. So this morning he linked a video to his blog...and I found it rather compelling.
I think I should figure out who this Kester Brewin is.
I got into another discussion with my Dad a few days ago about the idea that America is a "Christian Country." (I really hate that label.) We both agree that, from a biblical perspective, there is no such thing as a Christian Country...other than the Kingdom of God. However, Dad likes to argue that America was founded upon Christian principles. I like to argue that America was founded upon religious liberty.
At this point we tend to get lost in nuance, start to yell and then pummel each other with various breakfast items displayed upon the table. More often then not, we end up wrestling on the floor in great & amusing violence. All of which is thoroughly enjoyed by Rika "The Wonder Dog," who believes that all humans were created merely to provide her with entertainment.
One way or the other, Religion plays a prominent role in the U.S. I believe firmly that a person's faith perspective ought to influence the way they vote and such. However, so often...more often than not I would argue, religion is used as a campaign bumper sticker. Someone tosses out the name of Jesus as a form of endorsement for their particular side. It's gotten to the point that I can barely stand that anymore. (I don't think that Jesus is particularly happy about it either.)
I think that Kester Brewin rightly points out that most of the early settlers of the American colonies were trying to set up a type of Utopia in the new world. Considering that the majority of colonies were initially based on denominational lines...Puritan, Anglican, Quaker, etc., those colonists wanted a new land where they could pursue their faiths in peace. They didn't want a government telling them how to worship or live.
Oddly enough, they then turned around and did exactly that to their own colonies. (If you take a look, there is a pretty nasty history of "Christian Colonists" harming other colonists who didn't tow the denominational line.)
Today, thanks in large part to the rise of the Religious Right back in the 70s, religion is thoroughly intertwined in politics. The majority of this will be found in very conservative, Republican politics. In fact, I'll bet you didn't know that Jesus was born in Wasilla, Alaska and could see Glen Beck from his window.
ANYWAY, I once heard Rob Bell, my favorite heretic, say that if you want to find God you shouldn't look at formulas and rational arguments. Instead, you should get down in the mud, blood and dirt and "Practice Resurrection." It has been rightly pointed out by many Christian Thinkers that the God of Scripture is not found in equations. No. He is Experienced!
The God of the Bible is not to be reduced to a handy recipe. He IS breaking into our fallen world. He HAS reconciled all things in heaven and on earth to himself. He IS rescuing his creation. He IS at work. His kingdom IS here...yet not in full. But it WILL be someday. He IS at work.
We seem to spend a lot of time trying to legislate God's kingdom into existence. We are often very "Busy" for God. The irony being that God doesn't need our help in the slightest. God is the hero who accomplishes all things through his own strength. He doesn't need us to vote a certain way to accomplish his will.
However, he DOES invite us to participate with him. Maybe we should.
Instead of trying to build our own utopias and creating a mini-kingdom of god (Small "g") in our own image, we should just have faith and follow Jesus into the kingdom he is in the process of building.
It's just a thought. Maybe I need more coffee.
Peace
Joe
Posted by Joe at 5:59 AM