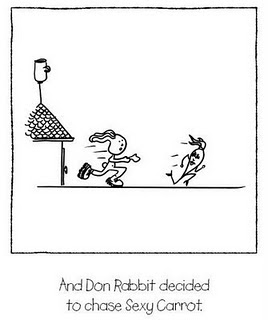 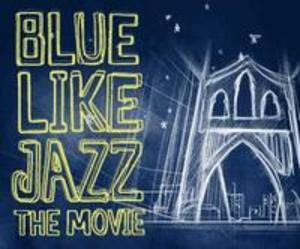 I got some great news a few days ago. A book that I absolutely love is going to be turned into a movie after all!!!!!
I'll give you some quick background. "Blue Like Jazz" is book by the author Donald Miller. I guess it was over two years ago now that I first read it. The book is essentially a series of biographical essays that Miller wrote about himself on his struggle to follow Jesus in the face of a church that had largely be co-opted by American culture. I certainly identified with much of what he wrote. I would say that it was this book more than any other that really got me hungry to begin reading "Christian" literature of any kind again.
Honestly, up until that point I thought that most books that had anything to do with Christianity were either going to be the same old "This is how you do it theologically...and THAT'S IT!", or "Why you need to save America by voting the way I tell you, or Jesus won't love you because you are a bad Christian," or "Jesus will make you a millionaire and take all your problems away if you just have enough faith and give me your money."...or some freaky combination of all of the above.
Miller addresses a lot of the issues that many Believers are frustrated with, but are often too scared to say so openly. If you haven't read it, pick it up. You might not like everything he has to say, but you must admit that it is refreshing and funny. (Hey, it includes cartoons! Hence the shot of Sexy Carrot above. So it works even for those who have a hard time with big words.)
Long story kind of short: A while back, Steve Taylor, the musician & producer with an excellently warped sense of humor, fell in love with the book and wanted to turn it into a movie. He and Don wrote a screen play, got an actor lined up...but they couldn't find any studio or group to bankroll the project. They tried for a long time, but got nothing. So they dropped the project.
Well...
God has a sense of humor. In reading Don's blog, he mentioned at one point he was praying about the project. He said, "Listen God, this is your movie. If you want it made, you will do it." Sure enough, without ANY studio backing, a couple of fans of the book took it upon themselves to see what they could do.
I won't ruin the story for you by telling you the exact "How," but suffice it to say that what is happening will make movie history...and that isn't even the slightest exaggeration. I'll simply say that this will be the first & only production entirely financed by independent, individual, SMALL donors. In other words, tens of thousands of fans are simply GIVING the project $10, $20 & $50 each...with no tax write off or payback. (Other than a very cool film.) Now THAT is what I call a loyal fan base.
I'd like to see Steven Spielberg try that.
I'll let Don explain it himself. http://donmilleris.com/2010/10/04/producing-rather-than-consuming-stories/ If you have never checked out his blog, please do. He certainly puts anything stuff that I post to shame. So start with this post about the saving of the movie and work backwards.
You can also go to this website if you are curious about getting involved. http://www.savebluelikejazz.com/
I am always fascinated by how God involves himself in humanity. He reveals himself in every way imaginable. Too often we try and relegate him to some safe churchy ghetto. But I have noticed that God rarely seems to enjoy being boxed in. He seems to prefer wide open spaces and intimate conversations.
I can only theorize as to what God may be up to with all of this, but it would appear to me that he is a rather big fan of the book, too.
Peace
Joe
P.S. For those of you who know little about either Don Miller or Steve Taylor...well, I'll let Miller's books tell their own story. Steve Taylor, on the other hand, was one of the musicians who road the modernization of "Christian Rock" back in the 80s. (I think that label always made him itch.) Suffice it to say that he made a habit early on of sticking his fingers in the eye of the institutionalized American church.
Here's a little clip they both did about the movie. Enjoy.
Posted by Joe at 7:45 PM