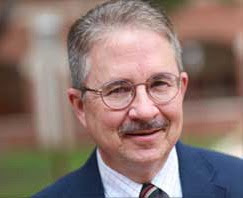 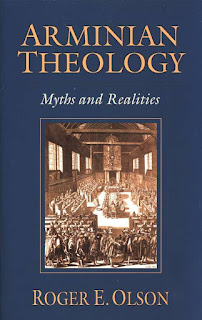 This post might not be the best for most of my normal readers, because it may very well cure their insomnia. However, what I am basically copying & pasting is something that I wrestle with on an almost weekly basis. This is NOT because it is an issue for me, but because far too often I watch "Believers" allowing Theology to become a new form of Idolatry for them. (In other words, the given theology that they embrace becomes more important than simply falling in love with Jesus.)
I had a very great and gracious man as a Theology Professor when I attended Bethel College about 279 years ago. His name was Roger Olson. If you would ask him where he stands with the whole "Free Will" VS "Predestination" debate within Evangelical Theological circles, he would say that he is an Arminian. (Not to be confused with people from the country of Armenia, or their kin in California whose names end in "GIAN.") They merely emphasize humanities free-will when it comes to Biblical stuff. Look it up online if need be.
SEE, I told you that it might be stuff to put average reader to sleep!!!
BTW: If you want me to choose between that whole debate...by that I mean, "Does God in his infinite knowledge choose YOU before the beginning of time," OR "Do you have free will and at some point in your sinfulness, God gives you the chance to follow him and you say yes to him," well, just ask me.
My answer will simply be "YEP!!!!"
AN-E-WAY!
Dr. Olson...I'll just post this stuff from his blog and leave it at that, because I thought it was very interesting AND I agreed with his attitude. After all of these years I still admire him for being faithful to following Jesus into his kingdom.
So here goes...

Why can’t we all just admit our theologies are flawed?

I admit it. I am a fallibilist–with regard to human beings (except when being infallibly inspired by God). My definition of “theology” is human reflection on God’s infallible revelation. (Or, in the case of philosophical theology–human reflection on God insofar as unaided reason is able to know something about God.) In other words, I assume that all theologies (outside Scripture itself) are fallible because they are created by finite and fallen human beings.

Unless a person is quoting Scripture in the original language, he or she is humanly interpreting Scripture. There is no such thing as a statement about the meaning of Scripture that is not human interpretation. “It’s interpretation all the way down” applies to every theological system and doctrinal statement.

That is not to say all theologies are equal; surely some are better interpretations than others. Some are simply incoherent and others (or the same ones) have little or nothing to do with the actual import of a passage. Still, even the best theological systems are someone’s interpretation of Scripture (and possibly of human experience of God) and not God’s Word. And yet, especially conservative evangelicals have a tendency to forget this and treat some system or tradition as functionally infallible and thus equal in authority with Scripture itself.

I am often puzzled by this habit of the evangelical mind: Two declarations about Scripture and doctrine–1) all doctrinal statements are true and authoritative only insofar as they faithfully reflect Scripture’s meaning (sola or prima scriptura) and 2) some humanly devised statement of faith or theological system (e.g., Hodge’s systematic theology) is beyond questioning.

Some years ago a leading conservative evangelical college president declared in writing that if a faculty member has mental reservations about any part of the college’s statement of faith he or she should resign. Yet, during that president’s own tenure at that college someone found a serious flaw in the college’s statement of faith and the president and board of regents revised it. To the best of my knowledge, that college president never learned a lesson from that or at least didn’t allow that incident to affect his conviction that any faculty member who hold mental reservations about the statement of faith should resign.

I hope you see the contradiction there. IF one holds to sola or prima scriptura (the Scripture principle) and believes only Scripture is infallible and at the same time treats a statement of faith or creed as incorrigible there is a contradiction. I was taught at an evangelical seminary that all creeds and confessions of faith are secondary in authority to Scripture itself and open to revision whenever they can be shown to be inconsistent with Scripture. Very seldom have I witnessed a conservative evangelical organization actually practicing that Protestant principle. Instead, they tend to elevate doctrinal statements and systems of theology to a level functionally equivalent with Scripture itself. (Admittedly conservatives ADD TO their statements of faith but that is not what I’m talking about here. I’m talking about correcting them.)

My question is why can’t we all (evangelicals) just admit that our systems of theology and statements of faith are fallible and keep examining them for possible errors and revising them in light of fresh and faithful interpretation of Scripture? That means creating some method by which a sincere Christian faculty member (for example) can question some part of the statement of faith–from Scripture–without fear of being fired. The same would hold true for denominations and churches and all Christian organizations.

Now, applying that to our Calvinist/Arminian debate. As a classical Arminian I freely admit that my theological system is human (not a “transcript of the gospel” as Spurgeon famously described Calvinism) and therefore fallible and probably flawed. But I have never yet encountered a theological system that did not have unresolved and possibly unresolvable problems. In my opinion, anyone who claims to have such a system is coming close to idolatry.

Part of intelligently deciding which of many competing theological systems to believe is deciding which problems you can live with and which you can’t live with. Take for example Calvinism and Arminianism. In my opinion (and also in the opinion of a leading Calvinist theologian I know) BOTH systems can build strong cases from Scripture. BOTH have problems (which is to be expected as they are both humanly devised). The question is WHICH ONE’S problems can I live with? For me the answer is simple.

What would happen, though, if both sides of this evangelical debate openly admitted that their systems are fallible interpretations of Scripture and not “transcripts of the gospel” (which is the same as to say equal with Scripture in authority) and that adherents of the other system are not wrong-headed or insincere or stupid or whatever but people sincerely seeking to trace out the meaning of Scripture where it is not as clear as we would like it to be?

I think there are adherents of both theologies who show such humility, but the problem is there are adherents of both who don’t show such humility and argue their system’s superiority AS IF it were the case that anyone who disagrees with it is simply not honoring Scripture. Swiss theologian Emil Brunner called that “theologismus”–confusing theology with God’s Word itself.

What would happen is humility and peace and brotherly cooperation and reconciliation would break out all over the place! Why don’t we do it? Because we have so much personally invested in our theological systems? Because we have made idols out of them? I think the answer is some of both.

Am I advocating an indifference toward doctrine and theology? Not at all. I can advocate my beliefs and argue against others’ without implying that mine is tantamount to God’s Word while theirs is stupid or heretical. (It isn’t often said quite that bluntly, but one gets the message when a leading Calvinist says that non-Calvinists are not “honoring God’s Word.”)

Let me step out and dare to name a problem with Arminian theology and then challenge a committed Calvinist to do the same. One thing I wrestle with about Arminianism is the mystery of free will. I don’t know how it works. There does seem to be an element of uncaused effect in it. (I don’t think that’s a contradiction, but it is a mystery.) And I’m not sure how God foreknows with absolute certainty libertarianly free decisions that haven’t been made yet. That does seem to be a mystery and therefore a problem insofar as I would very much like to have an answer for it but don’t. These elements of classical Arminianism cause me some cognitive dissonance. I can live with that–at least more easily than the problems I see in competing theologies.

It's just a thought.