In the company of men. 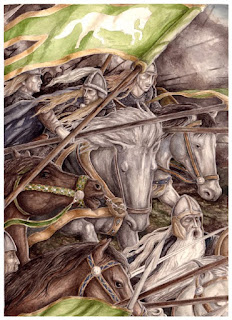