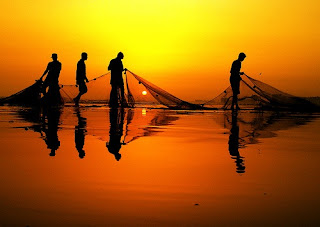 This is an edition to my previous post on "Critiquing the American Church, Part 1." http://trippingstumblingwhilefollowingjesus.blogspot.com/2010/08/critiquing-american-church-part-1.html I didn't want that post to get too long.
Never the less, the following are thoughts, statements and ideas from some of my favorite Christian Thinkers on the subject of politics and the church. Most of these quotes come from two books, "Un-Christian" http://www.unchristian.com/ and "The Irresistible Revolution." http://www.thesimpleway.org/shane/
"The Christianity of private piety, affluent conformity, and only "God bless America" has compromised the witness of the church while putting a new generation of Christians to sleep."
Jim Wallis
"Meanwhile, many of us find ourselves estranged from the narrow issues that define conservatives and from the shallow spirituality that marks liberals. We are thirsty for social justice and peace but have a hard time finding a faith community that is consistently pro-life or that recognizes that there are "moral issues" other than homosexuality and abortion, moral issues like war and poverty. So some folks just end up trying to save souls from their sins, and others end up trying to save the world from "the system." But rarely do we see that the sickness of our world has infected each of us, and that the healing of our world not only begins with us but does not end with us."
Shane Claiborne
BTW: On a side note that was running around in my head yesterday...POVERTY. If you call yourself "Pro-Life," but do not actively & vigorously work to fight poverty, then you are a liar and are nothing more than "Pro-Birth." Did you know that if you cut the poverty rate in the U.S. by %10, you would cut the abortion rate by %30?
Also, if you really & truly want to see America judged by God and burned to the ground, then allow our poverty rate to continue growing. (Forget gay marriage...most of our Straight marriages are already a joke, and we're still here.) Poverty is the #1 issue for God, and every single Prophet in the O.T. makes that plain!!! (More on this issue for some other post.) Check out Ezekiel 16:49.
"As for prescriptions, yes, we need more Bible - but we also need a better, more holistic and profound understanding of the Bible and what it says about justice, compassion, the future, power, poverty, money, war, sex, and the kingdom of God."
Brian McLaren
"In my book "Kingdoms in Conflict," I make the case for why Christians should never have a political party. It is a huge mistake to become married to an ideology, because the greatest enemy of the gospel is ideology. Ideology is a man-made format of how the world ought to work, and Christians instead believe in the revealed truth of Scripture."
Chuck Colson
"I just don't think pastors should turn their pulpits into public policy forums. It cheapens the gospel. Our congregation doesn't need another political opinion. They need spiritual revelation. They don't need to think about politics on the weekend. They need to be reminded to seek first the kingdom of God...our primary role as spiritual leaders isn't making people see eye to eye. It's making sure our eyes are focused on Jesus."
Mark Batterson. (Pastor, National Community Church)
"Every time Christianity has fallen into the trap of using politics to achieve its means, it has lost its power and effectiveness. Relevant Christianity never loses sight of the reality that in the kingdom of God, everything is upside down when contrasted with the world's pursuits. In God's kingdom the greatest is the least; the first is the last; we are to love our enemies; (When the last time you prayed for Osama bin Laden?) and to be most effective, we are called to servanthood rather than to positions of political power and correctness."
Tri Robinson (Pastor, Vineyard Boise)
"When the Christian Coalition refused to hire an executive director because he wanted global AIDS to be on their agenda, and another director resigned for similar reasons, the fate of the Religious Right was sealed...The kingdom of God is not captured by either party, and it is a dangerous moment for the church and the gospel when a temporal power is confused with the higher power...In addition, politics is not everything. We are not going to set aright the sexual revolution on the floor of the Senate. We need new and "saltier" forms of cultural engagement."
Mark Rodgers (Former staff director, Senate REPUBLICAN Conference)
"Evangelicalism has been hijacked and usurped by partisan political forces. Conservative religion is now being driven and dictated by secular, right-wing political forces...Many young evangelicals see that this is just Republican politics masquerading as conservative religion. When they observe this, they don't like it. And they are concerned it could happen on the Left too - exactly what happened on the Right - the politicizing and corrupting of religion for the sake of political power...the young people I meet don't want to go Left or Right. They reject these narrow political orthodoxies. They're not happy with Christianity being either a list of things you shouldn't do, or just about being nice. They want to go deeper."
Jim Wallis (Sojourners)
"To be biblically consistent, you must be politically IN-consistent."
Richard Cizik (Former V.P. of the National Association of Evangelicals)
"Jesus went throughout Galilee, teaching in their synagogues, preaching the good news of the kingdom, and healing every disease and sickness among the people...Large crowds from Galilee, the Decapolis, Jerusalem, Judea and the region across the Jordan followed him...and he began to teach them, saying "Blessed are the poor in spirit, for theirs is the kingdom of heaven."...OR "Congratulations! Because you don't have it together and are a "Zero," God is on your side and his kingdom is for YOU!"
Matthew (aka, Levi. Former Traitor and Roman Occupational Authority collaborator. Now, Disciple & Author.)
It's just a thought.
Peace
Joe
Posted by Joe at 7:33 AM