"Howdy Kyle" and other wondrous stories. 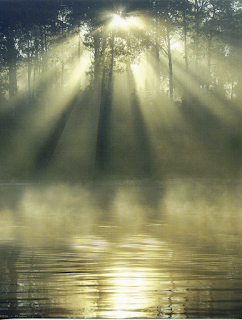 So I woke up very early this morning, indeed. Par for the course, I crawl into my office and poke around the computer. Lo and behold, I discovered that I have a new follower on my blog.
"Hi Kyle."
I'm gonna take a guess and figure that he found my stuff through my goofy friend, Damon. But I'm not totally sure.
Blogs, and the people behind them, are funny things. It makes me think about why we do them at all. Apparently, Kyle is gay, and his own blog seems to be primarily about gay marriage and such. Yet he also follows many other blogs, including one I noticed that seems to be pretty far into that crazy "Right-Wing" stuff. So I suppose it takes all kinds, and one is not mutually exclusive of the other.
I have no idea where Kyle is at spiritually, or why he would find anything I write about to be at all interesting...interesting enough to follow is quite a compliment. Most of what I do is simply a way to let me think, spew and vent in a manner that is healthy. (Beats shooting my guns at the ceiling of the mall. The managers always get so worked up when I do that.)
Blogs are often on-line diaries for people. They certainly seem to be windows into the soul...and that can be a bit on the creepy side. Ever since the internet came into wide use, people have created whole new worlds online. Sometimes that is a great thing. Other times it's a pretty sad state of affairs.
About a week ago, I received a comment on a post I wrote about a family member who has Fetal Alcohol Syndrome from a woman in a similar situation. She has her own blog about this disease. http://fetalalcohol.blogspot.com/ It would appear that her and her husband have a ministry of sorts of working with folks who were born with this problem. Pretty cool, if you ask me. (Also, very difficult)
So, blogging gives you the chance to think, write, minister, vent, work on all sorts of stuff. And you throw it all out there for the world to see, and maybe even respond to. Life is weird.
I like a good story. I think that Jesus did too. In John's gospel, he writes about the time that Jesus was hiking through Samaria and he asked for some water from a woman at the well. He just plopped down and started talking to her. (If you understand the story in it's proper context, you would know that what Jesus was doing was a major "No-no" in that culture.) Jesus seemed to show little interest in man-made, cultural do's & don'ts. But he seemed to take a lot on interest in actual relationships. Hanging out with imperfect, sinful, fallen people was a lot of fun for him. In fact, it seems that the more fallen and broken a person was, the more he enjoyed being around them.
Contrast that with the Professional Religious people of then and now. Not much has changed.
Assuming that you won't bore me to tears, (Which is sadly quite possible) I would love to hear your story. I learn a lot from listening to the stories of other people's lives. Maybe they are following Jesus, maybe they are not. Maybe they have just fallen away from him for a time. I don't know. Maybe they just want someone to listen to them for a bit. Everyone needs that from time to time.
I think that following Jesus requires being a good listener. That way, you understand that it really isn't about YOU.
It isn't for me to decide who will reside in the new heaven & earth. (Hey, that sort of rhymes.) But I do know that there will be a lot of interesting people there. I want to talk to Elijah about a lot of stuff, because I identify with his personality. I also want to talk to one of my great, great grandfathers, who was the first Christian king of Norway. (Olaf Tygverson) There will probably be quite a few interesting folks with interesting stories to tell.
It makes me think of a song by Matthew West called "The next thing you know." In it, Matt talks about being in heaven listening to other people's stories of how God met them and extended is grace to them. It sounds almost like a giant gathering around a campfire, with Jesus whipping up some S'mores. Not a bad image.
"I got a picture in my head today,
of how heaven might look someday.
I see the people there,
so I pull up a chair
and the stories they blow me away.
Cause I can see it on every face,
the evidence of grace.
And as I listen, it occurs to me
that everybody's got their own thirteen.
So what's your story
about his glory?
You gotta find your place
in the history of grace."
"Howdy, Kyle!"
Peace
Joe
P.S. The video is pretty dull, but the song is still good.
Posted by Joe at 2:08 AM