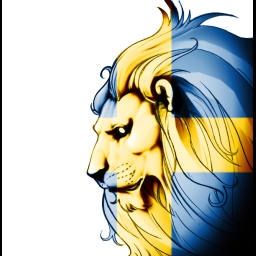 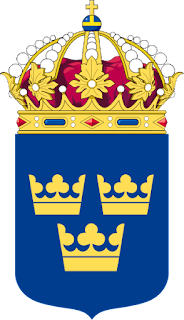 First off, I can do purely Secular posts if I feel like it. So here goes.
If you look to the right on this blog, you will notice that I installed a world map. I put it up a few days ago because my buddy, Damon, told me about them. He said it was a fun way to see where my blog was being seen. (Don't worry. It doesn't tell me WHO you are, or anything else. All it does is show me the general idea of WHERE in the world it's being read...and your credit card & Social Security numbers.)
So anyway, after 3 days of having it up I have noticed that I have had someone all the way over in Sweden glance at me twice. I'll assume that it is the same person, even though it may be two.
At any rate, I would really like to hear this person's story...how you found this blog, what you think of it, etc. So drop me a comment.
I should admit up front my bias about Scandinavian people. You see, my Dad's folks got off the boat from Norway at Ellis Island right after WW1. My Mom's grandparents came over from Sweden about 30 years before that. So, what can I say, I like Norskys & Swedes. (You better like them if you live in Minnesota.)
Right after I graduated High School, my entire family went to Sweden, Denmark & Norway for two weeks. It was a TERRIBLE idea. What an eighteen year old thinks is fun, has little to do with what a seventy year old thinks is fun. For the most part, I was bored out of my mind. The countries were great, but hanging out with Old Farts was NOT!
Still, it wasn't all bad. I still have some strong memories...such as: 1) The countryside of Sweden looked almost exactly like most of Minnesota. 2) I've never seen so many blond people in my life, as I did in Sweden. (The girls were beautiful, too.) 3) Copehagen was very beautiful & cool. (Unfortunately, thanks to the Old Farts, we only stayed half a day.) 4) Norway was fascinating because of the terrain. All the mountains & fjords were very interesting. 5) The type of jellyfish they had in the fjords were interesting. I think they called them "Glass Magnets." (No, they don't sting.) 6) Oslo reminded me of St. Cloud. (A nice town, but not exactly glamorous.) 7) The guards at the king's palace kept cracking up and laughing as they marched. 8) Finally, there is a lot more nudity at a Scandinavian beach than there is in the U.S.
So anyway, years later I am living in the Czech Republic. One lovely, Spring day I am walking in Prague (Or Praha, as it is properly pronounced.) and what should I hear as I am walking near the Charles' Bridge coming from a party barge down in the river? Only the greatest Pop song ever written, by the greatest Swedish Pop band of all time. I guess some things never get old.
So here's to you, mysterious visitor from Sweden. "Prost!" (This video also proves beyond a shadow of a doubt that "White People" actually CAN dance. BAH-hahahahahahaha.)
Oh yeah, so when I was living in Cz, there was this new pop band that came out of Sweden. It would appear that the Swedes are quite good at recycling...even with music. Fish, Ikea, really good looking blonds, and catchy pop tunes...not bad. (But if that viewer from Sweden doesn't get a hold of me, I'll just have to keep torturing everyone with this song.) :)
Peace
Joe
P.S. O.K., one more. This a trio out of Sweden that I heard interviewed at the SxSW Music Festival down in Texas. I like em'. Enjoy.
Posted by Joe at 2:04 PM