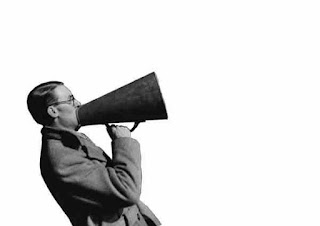 This is an easy post. At Living Waters on Sunday, I wanted to encourage some friends to keep writing in their blogs. (They had been remiss in their duties.) So I told them I would do some advertising for them if they got busy.
Tom & Deb are some of my oldest friends. (They are both in their late 80s...not really) Anyway, Deb's writing tends to be highly personal. Tom's tends to be rather existential. I like them both. And because I said so, you should check them both out.
Deb's blog is http://www.hendersonhome.net/deb/
Tom's blog is http://www.hendersonhome.net/tom/
Clever fella that Tom is, he uses a Peter Gabriel tune to make as an analogy for what he is writing about. Tom and I are both big believers in that anything good at all that comes into being is from God...even when the people it comes out of do not recognize that gift from God or follow Jesus. (Ecc. 3:13 & James 1:17)
"Every good and perfect gift is from above,
coming down from the Father of the heavenly lights..."
I don't know Peter Gabriel's spiritual world view, but it does seem to me that he is at least open to the idea that "There might be more than THIS..." His music contains obvious spiritual overtones to it.
Many years ago, he wrote the soundtrack for the film "The Last Temptation of Christ." The film stirred up quite a hornets nest with "Religious" people, even though the film never claimed to be a proper re-telling of the Gospels. (It was based on a book written by some Greek Orthodox priest as a work of fiction.) The music that Gabriel provided was amazing. The opening song is called "The Feeling Begins." I recall being in the theater watching & listening to the beginning of the film and thinking "Yeah, I'll bet this is what it initially felt like to be around Jesus."
So here is the tune. (If you can still find the soundtrack, buy it. It's called "Passion," and it's RARE!) After having lived in the Middle East for a time, I found this style of music used for the film to be extremely accurate.
Peace
Joe
P.S. Now that I have advertised for Tom & Deb, Maybe they will reciprocate. :) :) :)
P.S.S. What the heck, here's another Gabriel tune with obvious spiritual overtones. It's pretty hard to miss the obvious with this one.
Posted by Joe at 6:23 AM