Apparently, God is an Arsonist 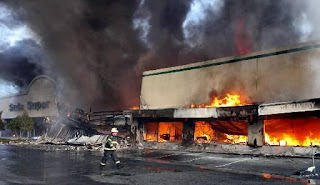 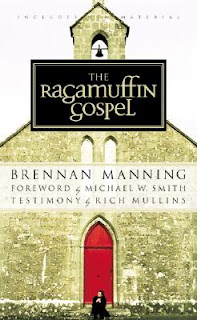 "God set our store on fire because we are adding a liquor store," said She-who-shall-not-be-named.
I am with holding the name out of respect and good manners. But anyone from the Cub Shack knows who I am referring to...most likely because they have received an earful from her at one point or another. (Plus, I wrote about her before. She is one of the reasons why I don't like to call myself a Christian, but instead use different terms.) The other day I got an email from a friend at work. She was wondering how to act, and what to think when having to interact with this person from work. Let's just say that it is less than easy to be around her...plus I swear her piercing laugh (Cackle) sounds exactly like a flock of ducks in a pond. (Am I right, Mick?)
This situation that I am writing about falls easily on the foot heels of what I wrote about in my last post...displaying the Fruit of the Spirit, and such.
Over a year ago, we had a small fire in the construction area of our store. In fact, it actually WAS in the new area where we were adding on a liquor store. She-who-shall-not-be-named has some physical issues that keep her from re-stocking the shelves and such. So she was given the arduous task of sitting out front and explaining to people that the store was closed until we could get cleaned up and re-stocked. She proceeded to explain to everyone that God had intervened to punish Cub Foods for adding on an area that would sell the demon of liquor. (Didn't go over that well with the management, I should add.)
She-who-shall-not-be-named also has a few other catch phrases that she sprinkles liberally in conversation with customers. Her favorite is, "I don't work for the store. I work for God." And based on her behavior, I am oh-so sure that God is very appreciative of her efforts on His behalf.
Now, I know that everything I have said thus far comes off as sarcastic...and it is. (Hey, I had an amazingly crappy day at the store...I need to vent!) This person makes it very clear that "She loves Jesus, Damn it!" And you better do what she advises, or you're going to Hell. What most folks respond with...at least internally is, "But I don't want to be like you. You're no fun at all!!!"
OK, so it would be easy for me to go on with snotty comments about said individual. Honestly, she really does set herself up to be a very slowly walking target. But I do not think that helps the situation much. It's easy to gossip and make jokes behind someone's back...and I'm guilty.
So I decided to be proactive with this person. I almost always have a book with me for breaks at work. I decided to bring in a copy of Brennan Manning's The Ragamuffin Gospel, and loan it to She-who-shall-not-be-named. I picked out 4 chapters for her to take a look at. All of them deal with how much God loves Believers even when they don't believe it for various reasons. I am just hoping to get her to think a little bit, and maybe to jar her a bit out of the way she acts.
Honestly, there are so many people out there who call themselves Christians, but have no joy, no peace, no love, no NOTHING in their lives. (No Fruit of the Spirit I would argue.) If they have anything at all on display, it tends to be man-made religious crap and plenty of "Works." That is absolutely true in the case of this person.
I figured that it was just easier to challenge her in this method. Manning's writing is excellent! Plus, it's hard to interrupt words on a page. Hopefully, this will lead to a discussion between she & I at some point. All I really want her to know is that Jesus deeply & unconditionally loves her. I think that if she truly understood that in her heart, she might behave just a bit differently.
I'll let you know what happens.
In the mean time, I'll leave you with this from Brennan Manning. Remember, he is talking about people who call themselves "Christians." Just give it a listen. See if you find something of comfort in his words. I think he might be on to something.
I hope he's right, because it is like a sword through my heart every time I listen. Could God's love REALLY be that big & overwhelming? I hope so.
Peace
Joe
Posted by Joe at 1:59 PM