Something practical that you can do for the holidays. (Please help) 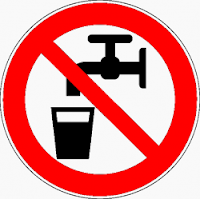 Did you know that 1 out of every 6 people on the planet does not have access to clean drinking water? That totals up to 1 BILLION people. Furthermore, every night 800,000,000 people go to sleep hungry because of lack of enough food. Those are staggering figures, I know. And it is often just too difficult to wrap your mind around something that big.
How would you like to do your part to make a dent in those figures?
I didn't want to use any pictures of the starving child by a dry well, because I don't want to GUILT anyone into contributing. But I do want to talk about a very serious subject and tell you about a way that you can make a big difference. So hear me out, and just think it over.
Like I said, 1 out of every 6 people on the planet do not have access to clean water. This, and the lack of proper sanitation kills 3,975 children every single day. This lack of clean water also results in horrible diseases for both children and adults. Never mind the results of not getting enough food.
The odd thing is, there actually is plenty of food and water for everyone on the planet. In fact, America alone grows enough food to make the whole world fat. (I should know.) The problem is the infrastructure and lack of proper distribution of the resources.
Well, I'm going to give you the chance to change some of that for an entire community. You see, my friends Tom & Deb are working on raising enough funds to purchase a well for a community of 150 people. This will give the entire village clean drinking water for years and years to come. They are doing this as a memorial for their son, Ian, who passed away this past year from a brain tumor.
I have long thought that "Christians" in America are good at Talking about the Gospel, but we are often pretty lousy at living it out. (And I include myself among the guilty.) I contend that you can't really have any type of true faith unless you are willing to put that faith into action. What Believers do in this world is the witness of Christ in their lives. Without some actual "Orthopraxy" (Right Actions), then all of your "Orthodoxy" (Right Thinking) doesn't really mean a hill of beans. So here is a chance to live out your faith a little.
Actually, I'll just let Deb explain it herself. This is from an e-mail that she sent to a bunch of us.

Until Ian got sick, we were “blissfully unaware” of the suffering that much of the world lives with on a daily basis. We understand all too well that some things cannot be changed; they must somehow be accepted. But we have hope and feel drawn to enter into the circumstances that can be changed. One of the things we’ve felt our hearts drawn to is children who die of preventable causes – like hunger and lack of clean water.

To mark what would have been Ian’s 8th birthday on July 19th, 46 of us went to Feed My Starving Children and packaged 14,400 meals in two hours. That was enough to save the lives of 38 children for one year! We were delighted that the parents of these 38 children wouldn’t have to walk in our footsteps – at least not this year.

We have long supported World Vision and when we received their Christmas Gift Catalog this year our hearts were drawn toward the idea of supplying Clean Water. Lack of clean water and proper sanitation kills 3,975 children every day – that too is something that can be changed.

Before the year anniversary of Ian’s homegoing, on February 19th we hope to raise enough money to provide a Traditional Well for a community. It would allow 150 people to have safe water everyday for years and could cut that communities child death rate in half.

We can’t do this alone…so we’re humbling asking for your help. If you would like to help, here are some ways:

Thanks for considering joining us in this life-giving effort! Have a Wonderful Christmas!

The target is to raise $2,600, and the good news is that they are already 25% of the way there. Please don't think that you have to give an arm or a leg...any amount is welcome. Also, please don't think that God will make you a millionaire just because you give money to a ministry. (Like some crazy preachers say) But you might just put a smile on Jesus' face, and you have to admit that that would be pretty cool.
Peace
Joe
P.S. Do me a favor and spread the word about this. I think it would be AWESOME if tons of folks got involved in this.
Posted by Joe at 8:20 AM